Putting pedestrians at the heart of campus 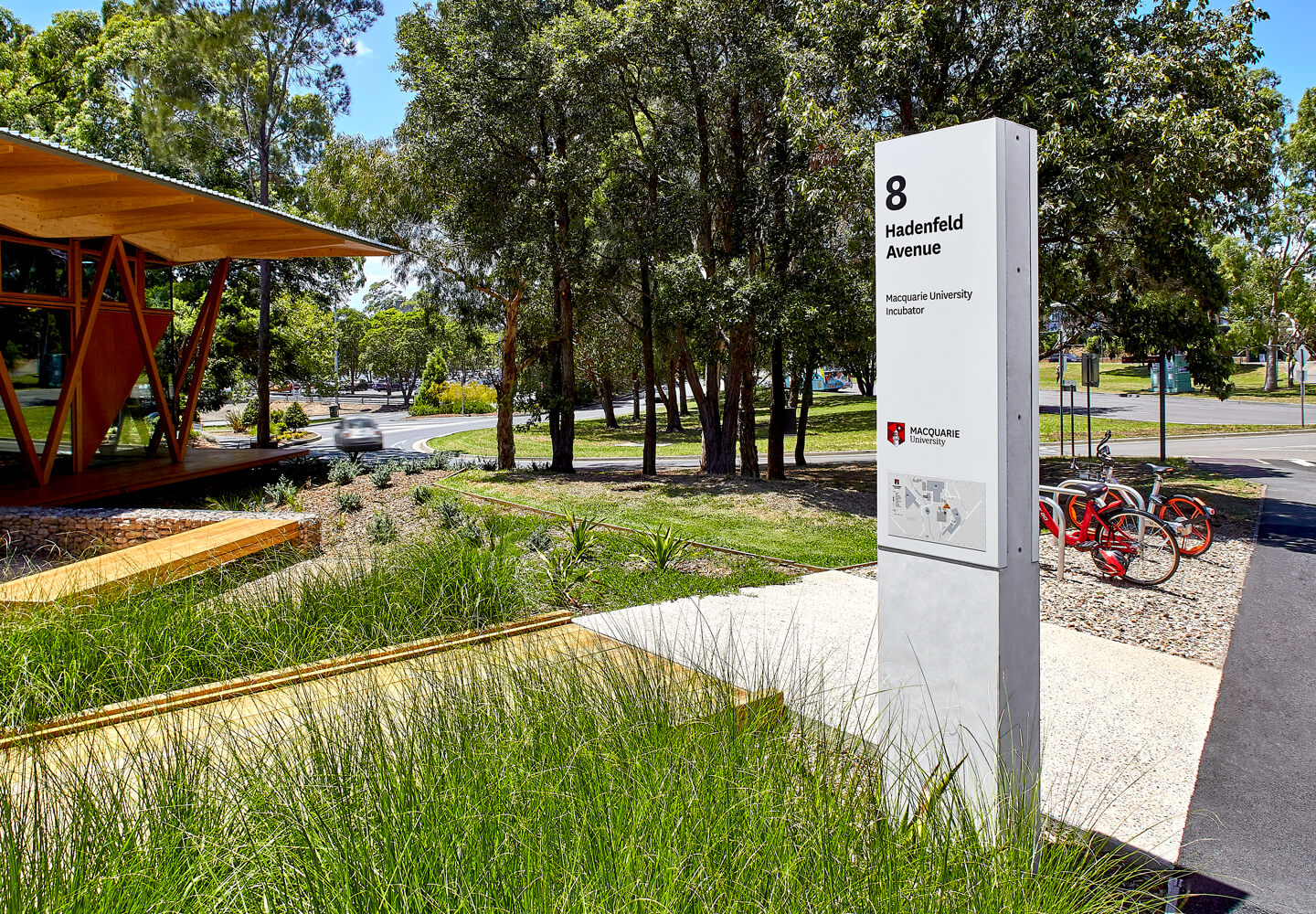 Macquarie University has shifted to a car-free environment at the centre of campus, and needed help implementing a new wayfinding strategy to facilitate the shift.

The university was in the midst of updating its Campus Master Plan after closing the centre of campus to vehicular traffic. This made a huge impact on how people moved through the campus, and their wayfinding system needed to be re-thought, updated, with many signs needing to be replaced entirely.

University campuses are bustling, ever-evolving spaces, and we love the challenge of understanding how staff, students and visitors make decisions, where they get lost, and where they take short-cuts. We’ve worked with some of Australia’s biggest universities to deliver effective wayfinding strategies, and at Macquarie University, we began to roll out a new wayfinding strategy, developed by Citizen Group, by first auditing all vehicular, pedestrian and building identification signage.

Moving around Macquarie University is now a very different experience. Instead of locating buildings using acronyms like E7A, we have helped Macquarie introduce suburban-style addresses, like University Avenue and Wally’s Walk, to facilitate navigation. 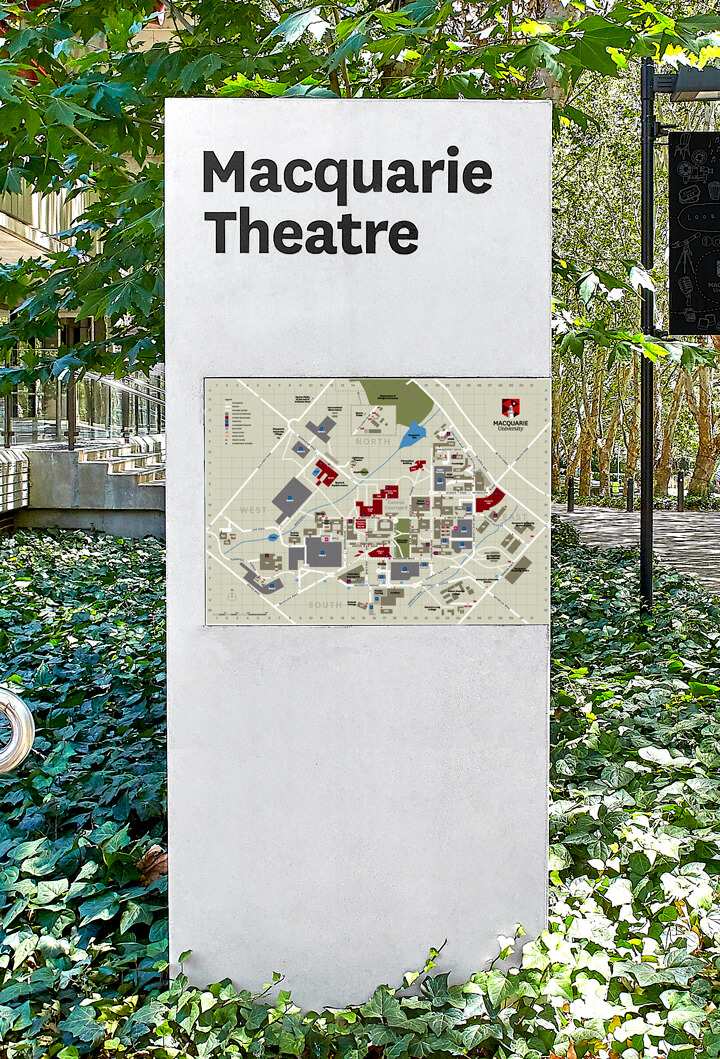 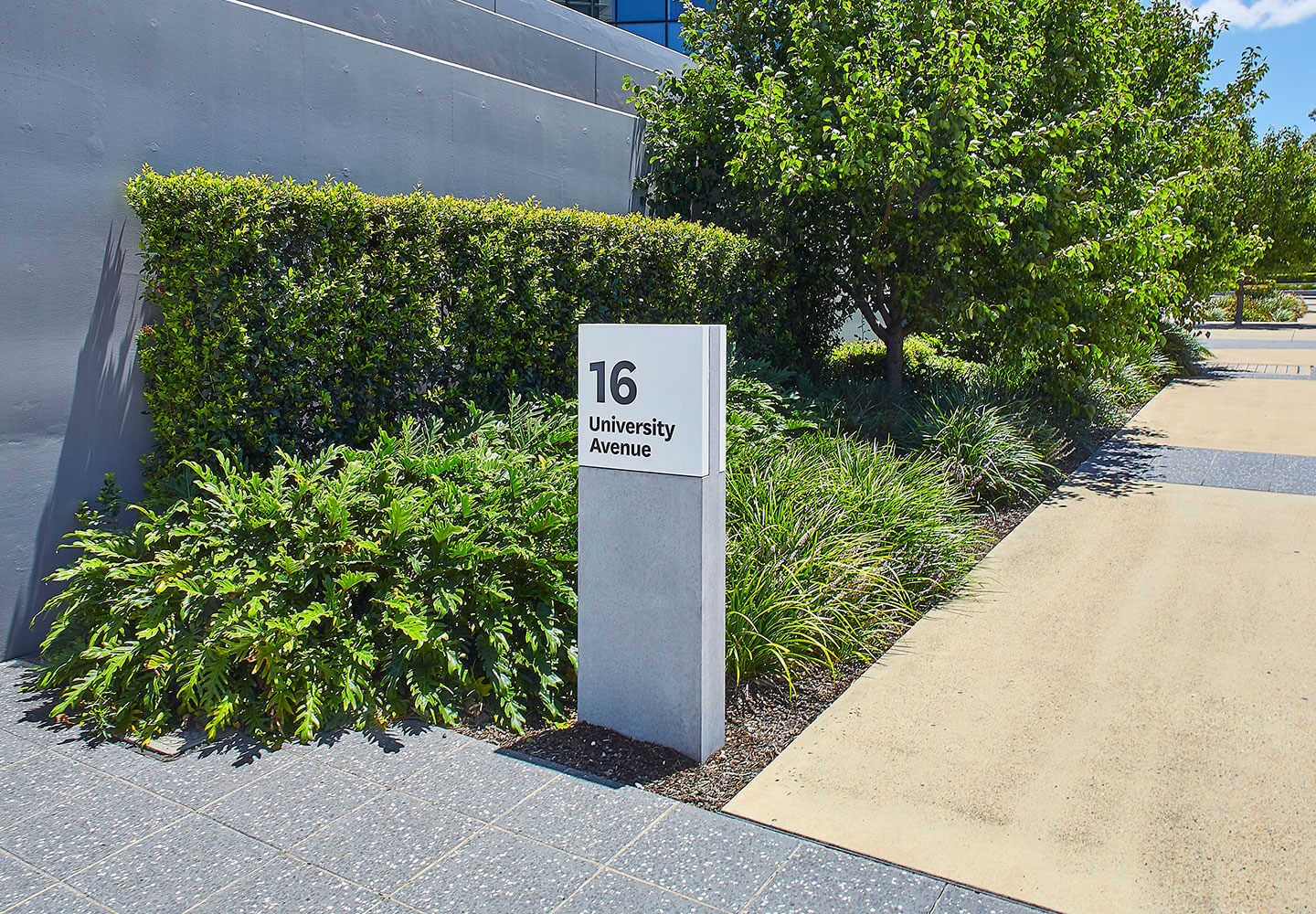 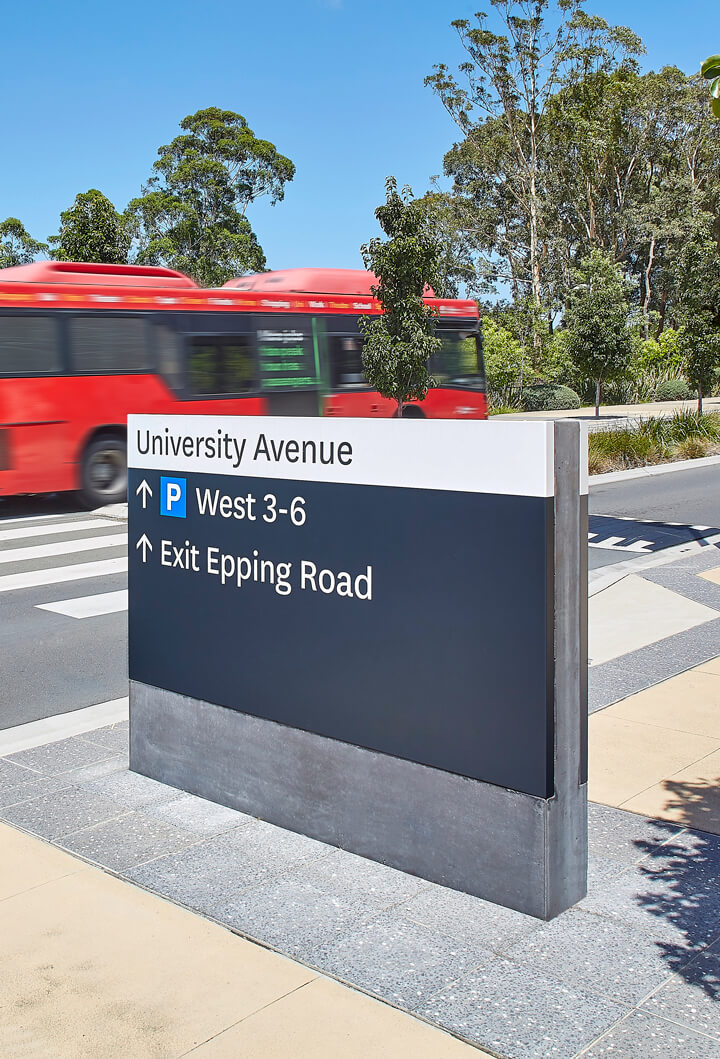 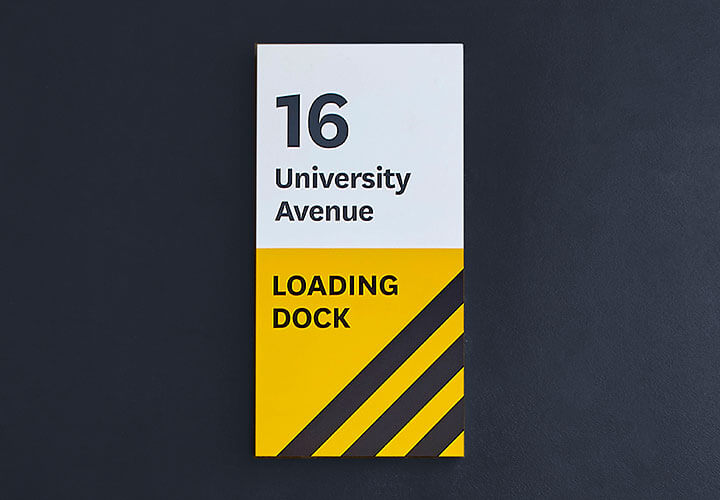