An expert guide to wayfinding design

Wayfinding designers do so much more than design signs – they are experts in designing urban experiences.

It’s been almost 60 years since the term ‘wayfinding’ was introduced yet it remains one of the lesser-known fields of design. That’s all about to change.

According to The Guardian, “Signs are in the throes of something like a revolution.” A growing number of developers, architects, councils and urban planners are realising that wayfinding designers make an important contribution to the success of built environments by stitching environments together and giving places their own identity.

Needless to say, we’re delighted to be one of design studios taking part in Sydney’s own wayfinding revolution. Together, as an industry, we are educating our clients about the value of wayfinding. Signs are part of our collective DNA as urban dwellers. They make our cities safer and they reflect the language, iconography and history of local residents.

Wayfinding is the science of understanding how people make decisions whilst navigating spaces, and then responding with intuitive signage and information layouts. According to SEGD, ‘wayfinding’ refers to information systems that guide people through physical environments – particularly complex, unfamiliar and ever-changing environments like hospitals, airports, campuses, mixed-use developments, and transport systems.

At BrandCulture, we utilise cognitive mapping, circulatory navigation and strategic branding principles, while our multi-disciplinary approach combines expertise across branding, environments and wayfinding.

Stephen Minning, Founder and Managing Director of BrandCulture, believes wayfinding is most powerful when combined with branding expertise.

“Wayfinding is a functional response to the environment, reducing stress by helping people find their way. When wayfinding contributes to a destination’s branding, it becomes part of the overall experience – that’s when it gets really exciting,” he says.

The true value of wayfinding specialists

As The Guardian explains, wayfinding sits somewhere between urban design and information design: “A good wayfinding system must be a semantically consistent whole … Signs should always appear in the right place and the right way, so you trust the system”.

Needless to say, it requires a particular blend of skills to create effective wayfinding systems. The process begins with strategy and flows through to design and implementation.

The key stages of wayfinding design

In the Strategy phase, wayfinding designers are trained to conduct signage audits and understand how people move through spaces and make decisions. By mapping environments and deciphering the social and cultural context of how a place is used, they connect people to place through wayfinding – that’s really the core of what they try to do, and signs are just one of many tools in their kit.

In the Design phase, wayfinding designers give places their own spatial identity, applying their knowledge of branding to make spaces not just legible but engaging and memorable. User interviews and stakeholder workshops are a key part of the design process.

In the Activation stage, wayfinding designers ensure their designs are thoughtfully integrated into the built environment.

Strategy and Activation are closely intertwined: even the best wayfinding plans can be compromised by poor delivery. If signs are installed in the wrong location or manufactured using the wrong materials, this may affect the legibility of signage, making the environment less safe. It could compromise the longevity of the system – it’s important to implement wayfinding systems that are flexible and easy to update over time.

Unfortunately, many organisations still aren’t sure which department is responsible for wayfinding. Does wayfinding fall under the responsibility of marketing, facilities management, or the visitor information team?

When no one is willing to pay for wayfinding, the tendency is to opt for the cheapest solution.

As an industry, we need to educate our clients about the value of wayfinding and why it deserves a budget of its own. We also need to explain how the best wayfinding systems adhere to best practice, and stand the test of time.

Sydney is in the midst of a wayfinding revolution, and we’re proud to be one of the studios that is leading the way. Our work touches the lives of tens of thousands of people every day, and we are passionate about seeing the process through from auditing, planning and design through to manufacturing and implementation. 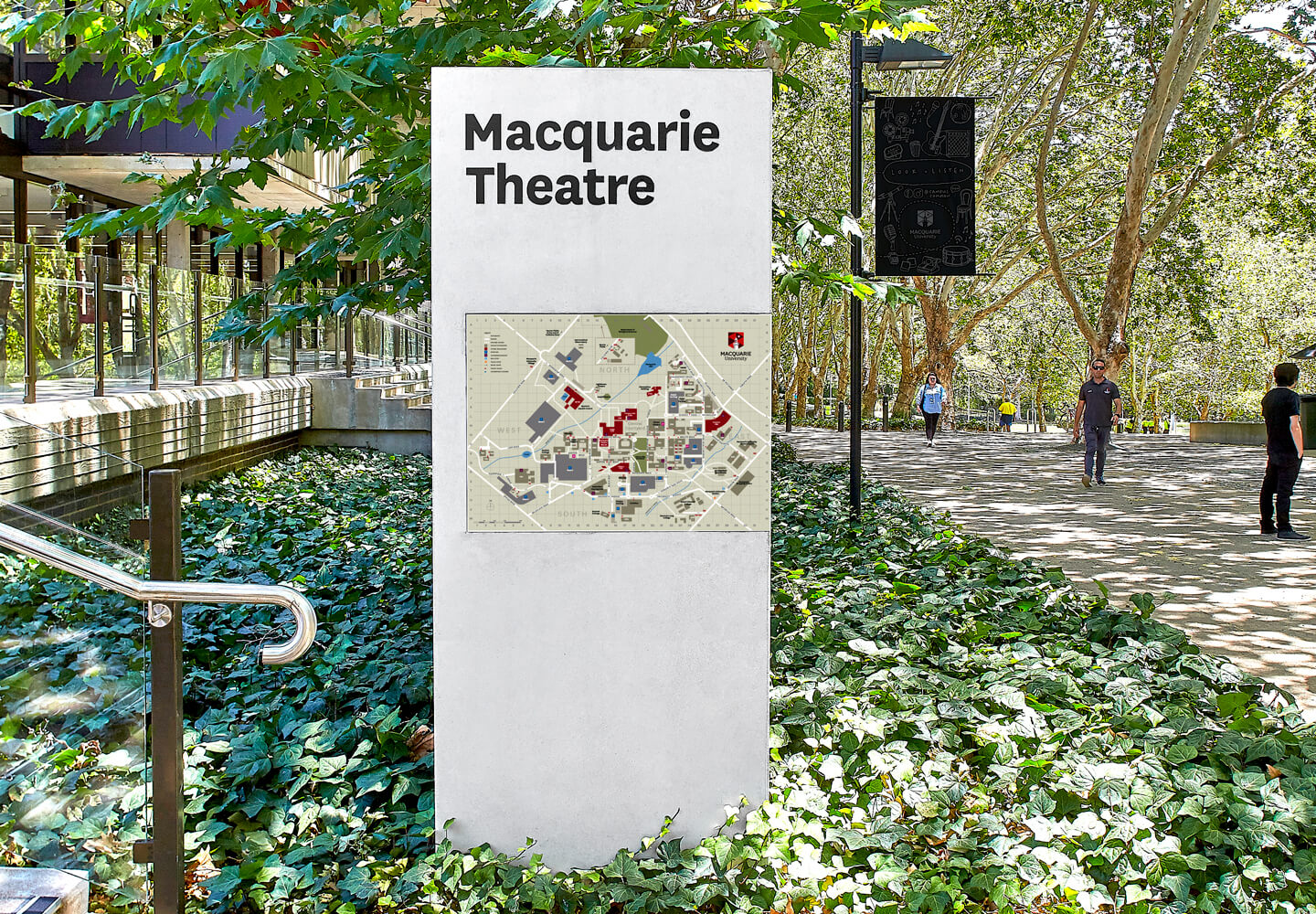 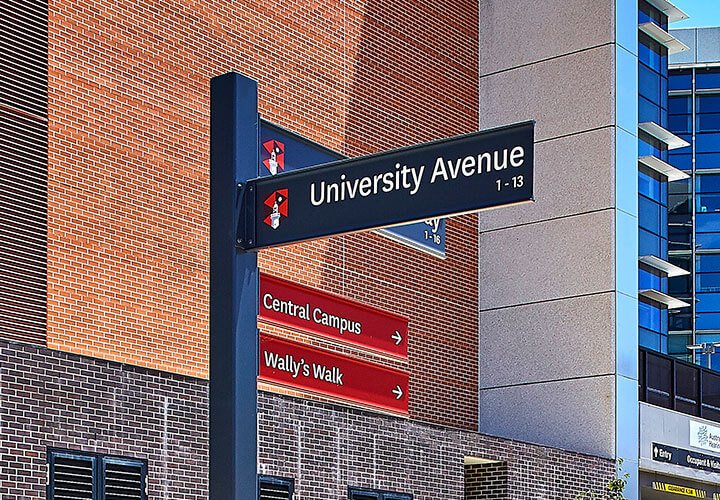 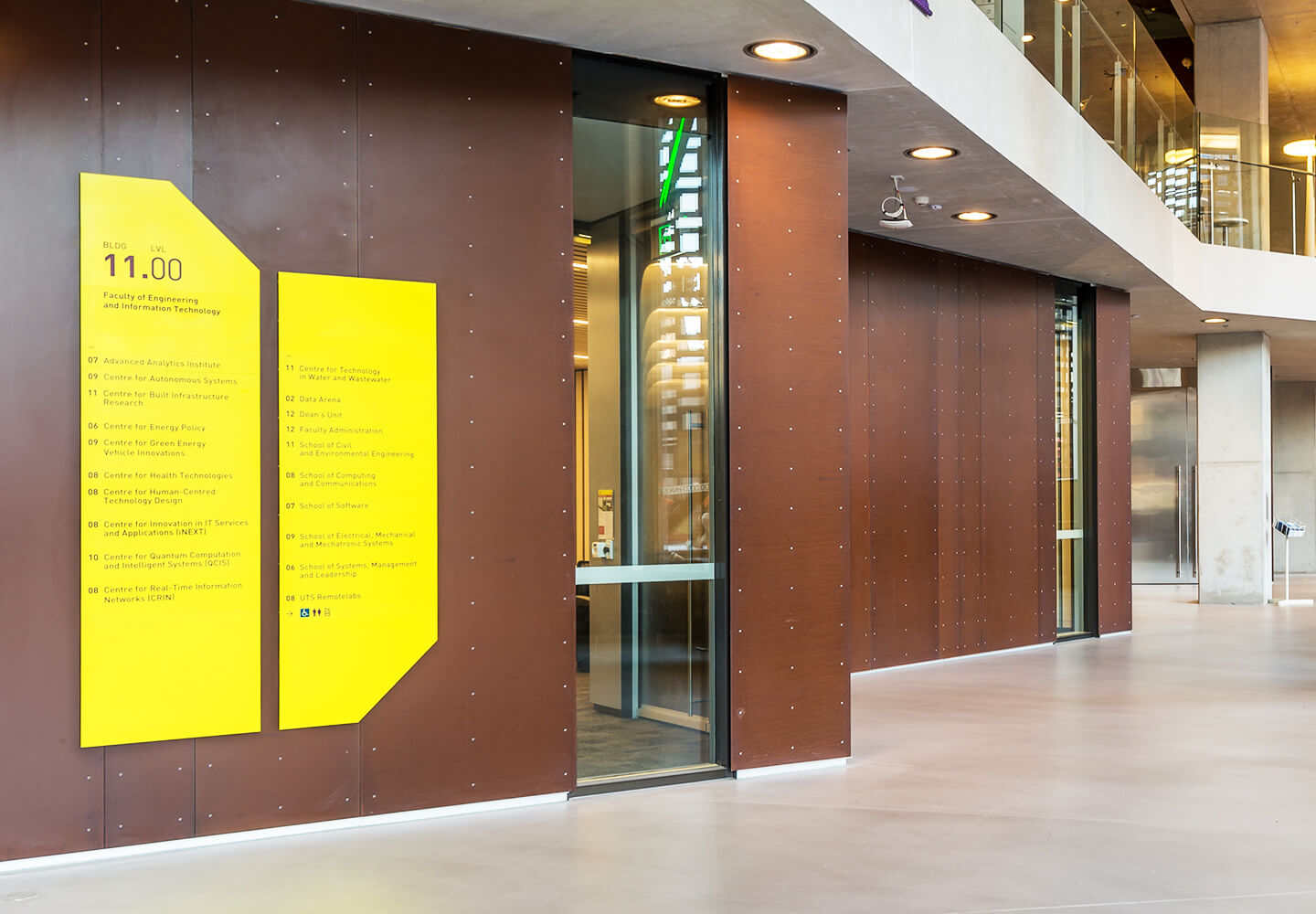 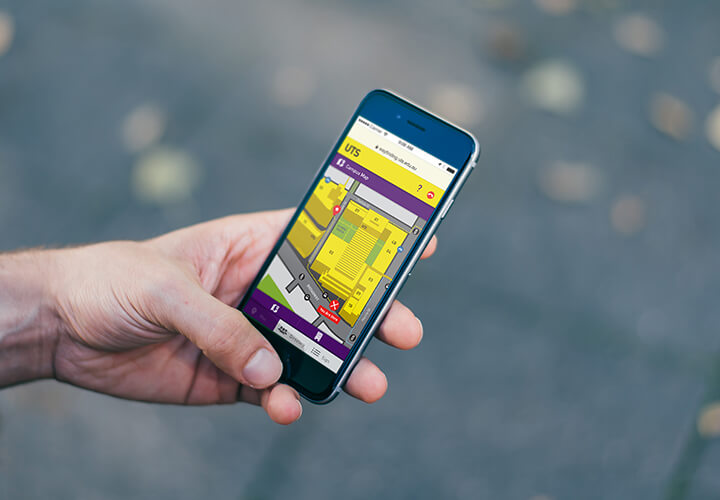 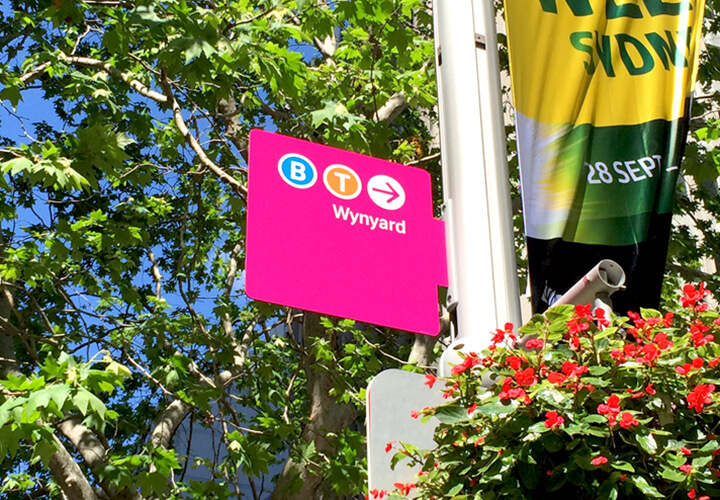 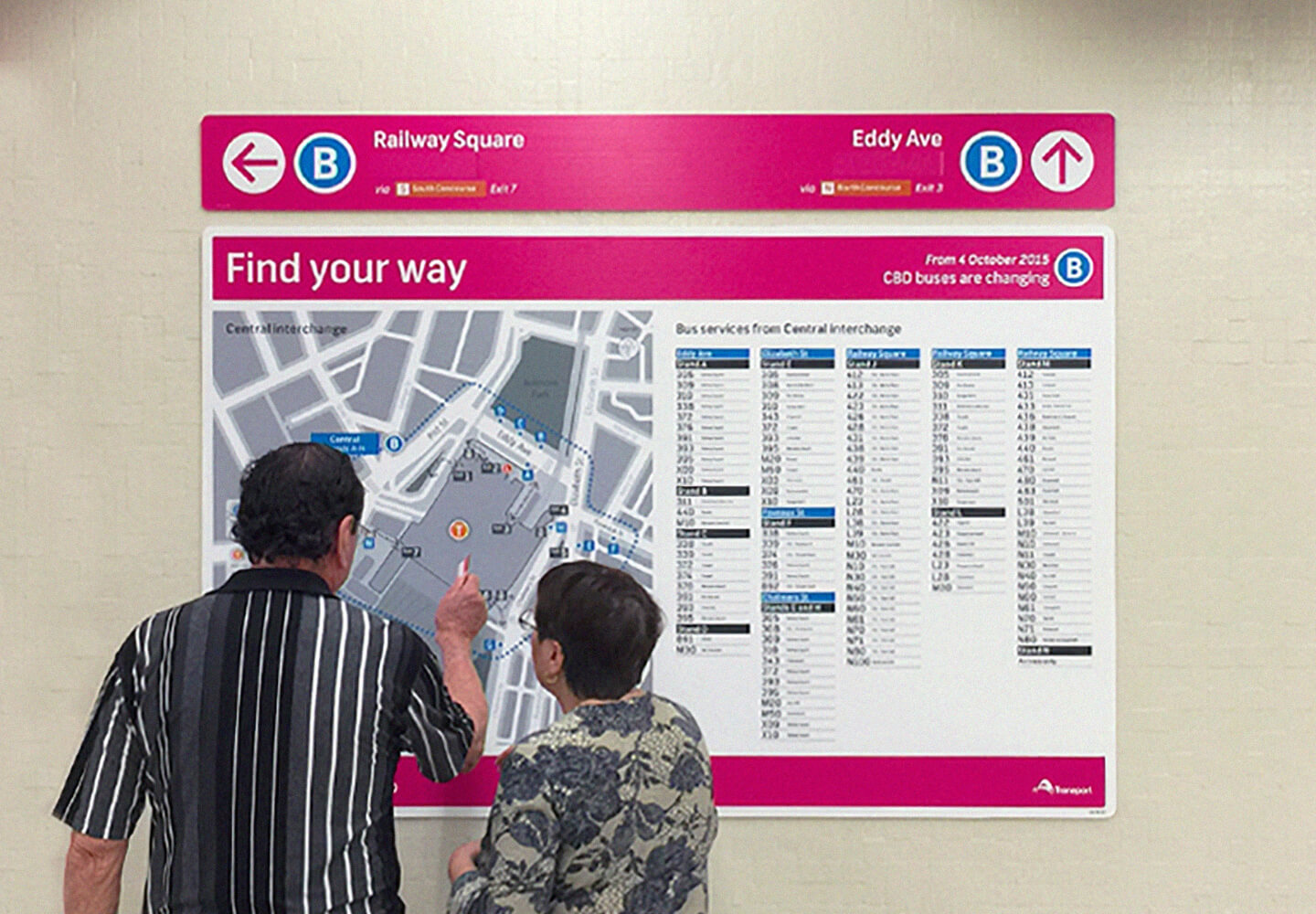