Mirroring Lane Cove’s landscapes within the layers of The Canopy 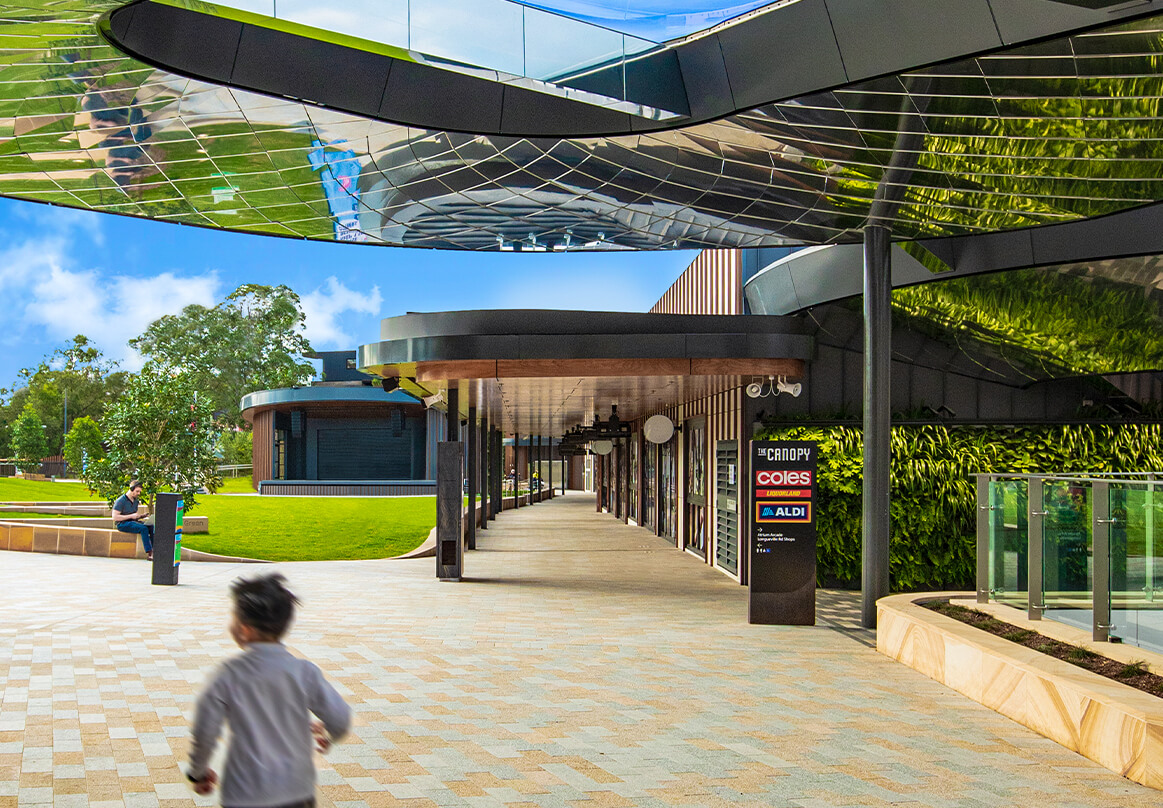 It’s hard to believe The Canopy in Lane Cove was once an unsightly car park. Today, this vibrant rooftop village – featuring branding and wayfinding by BrandCulture – is the new heart of Lane Cove.

Since 2018, BrandCulture has been working with Lane Cove Council to help bring The Canopy to life. After devising a wayfinding strategy to redirect locals while construction was underway, we helped to inform The Canopy’s naming and brand strategies.

In consultation with the community, we agreed ‘The Canopy’ was the perfect name to reflect the layers of Lane Cove. Just as a canopy creates a welcoming shelter within a forest, The Canopy is a leafy sanctuary with multiple layers and uses.

Our branding and wayfinding designs can now be found throughout The Canopy, heralding its arrival as Lane Cove’s newest meeting place.

Our approach to branding The Canopy, Lane Cove

At the top of The Canopy, the brand identity is embedded into the pavement, creating a sense of address. Hidden beneath are 500 car spaces across four levels. We devised a separate car park wayfinding strategy where each level is distinguished by The Canopy’s brand colours, improving orientation. The moment you see the colours and curves of The Canopy’s branding, you know you’ve arrived.

Wayfinding at The Canopy

BrandCulture worked closely with ADCO Constructions and architects Scott Carver to create an elegant wayfinding system that is beautifully embedded into the built environment. Signs are made of black and weathered metal, echoing the architectural palette. Curved lines and edges mirror The Canopy’s branding, creating a sense of belonging.

At key decision points, signs point the way to ‘Eat Street’ dining precinct, a retail precinct where Aldi and Coles are anchor tenants, and much-needed car parks below. ‘The Village Green’ is etched into the seating, elegantly embedded into the landscape once again.

Our wayfinding strategy also improves connections to the existing Town Centre: Lane Cove Plaza and Rosenthal Arcade, via Birdwood and Rosenthal Lanes. Much thought has gone into the site’s permeability, with the bridge to Rosenthal Avenue enhancing these connections.

We loved playing a role in this major public space project, which delivers much-needed open, green spaces activated by a playground, community stage, retail and dining venues. From the energy-generating solar arbour to the beautiful silver canopy designed by supermaneourve, there are so many thoughtful design features to discover within.

Led by Lane Cove Council, it was a wonderfully collaborative process involving the local community, Scott Carver and ADCO Constructions. The first stage of The Canopy opened on 13 June, 2020. The dining precinct (Stage 3) is expected to open later this year. 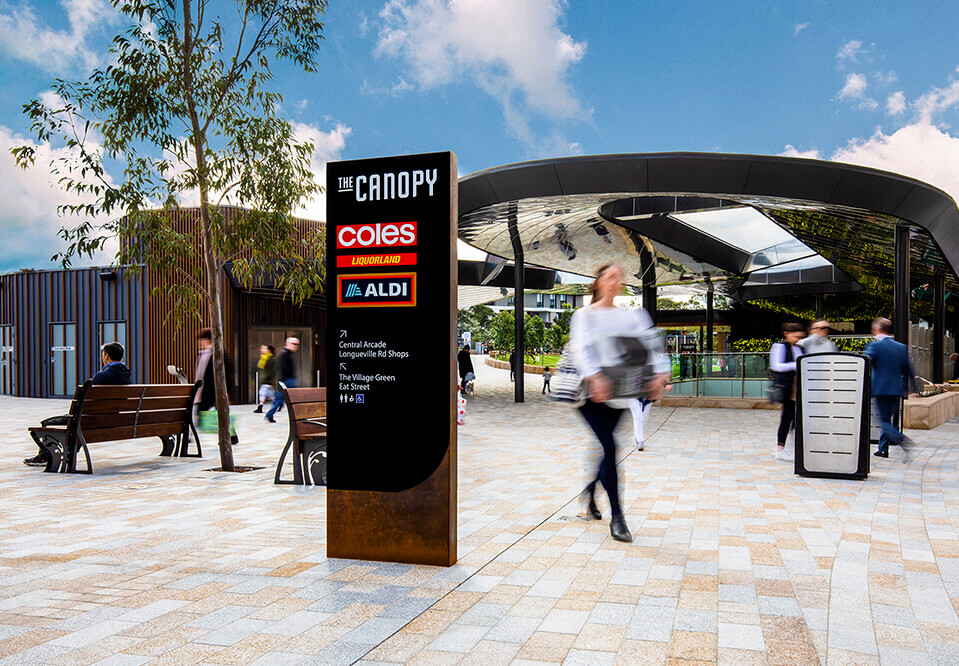 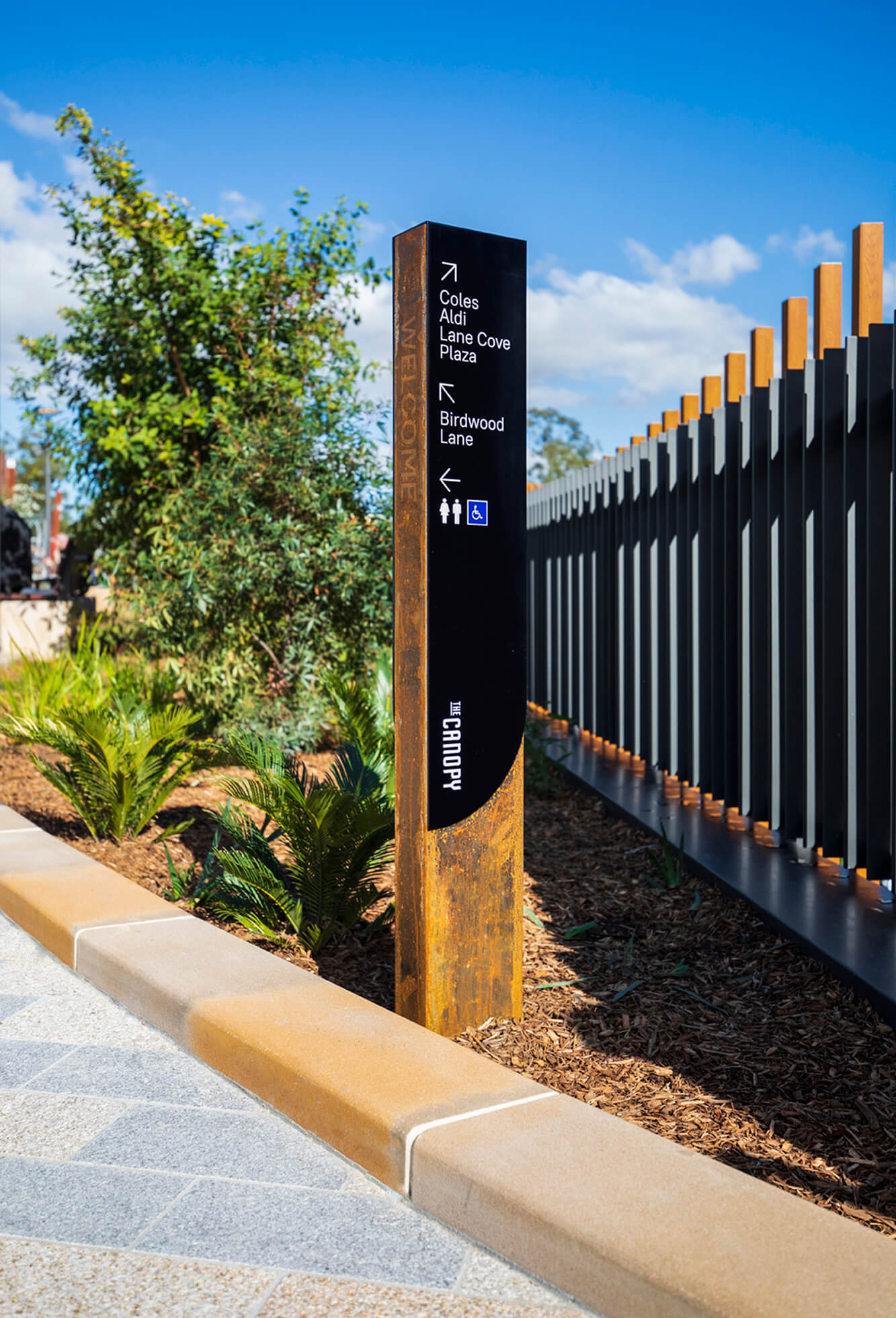 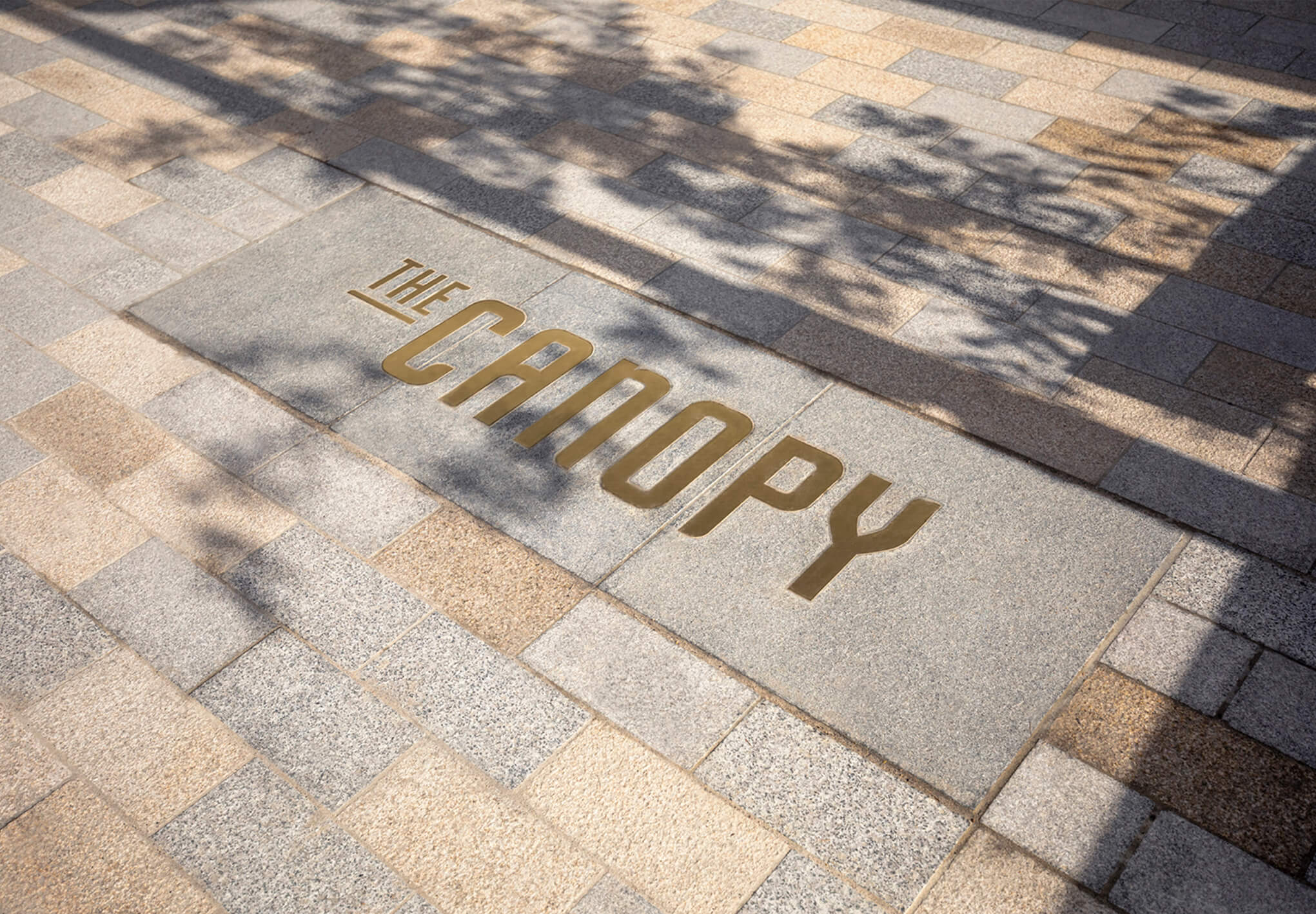