A new golden age for libraries? 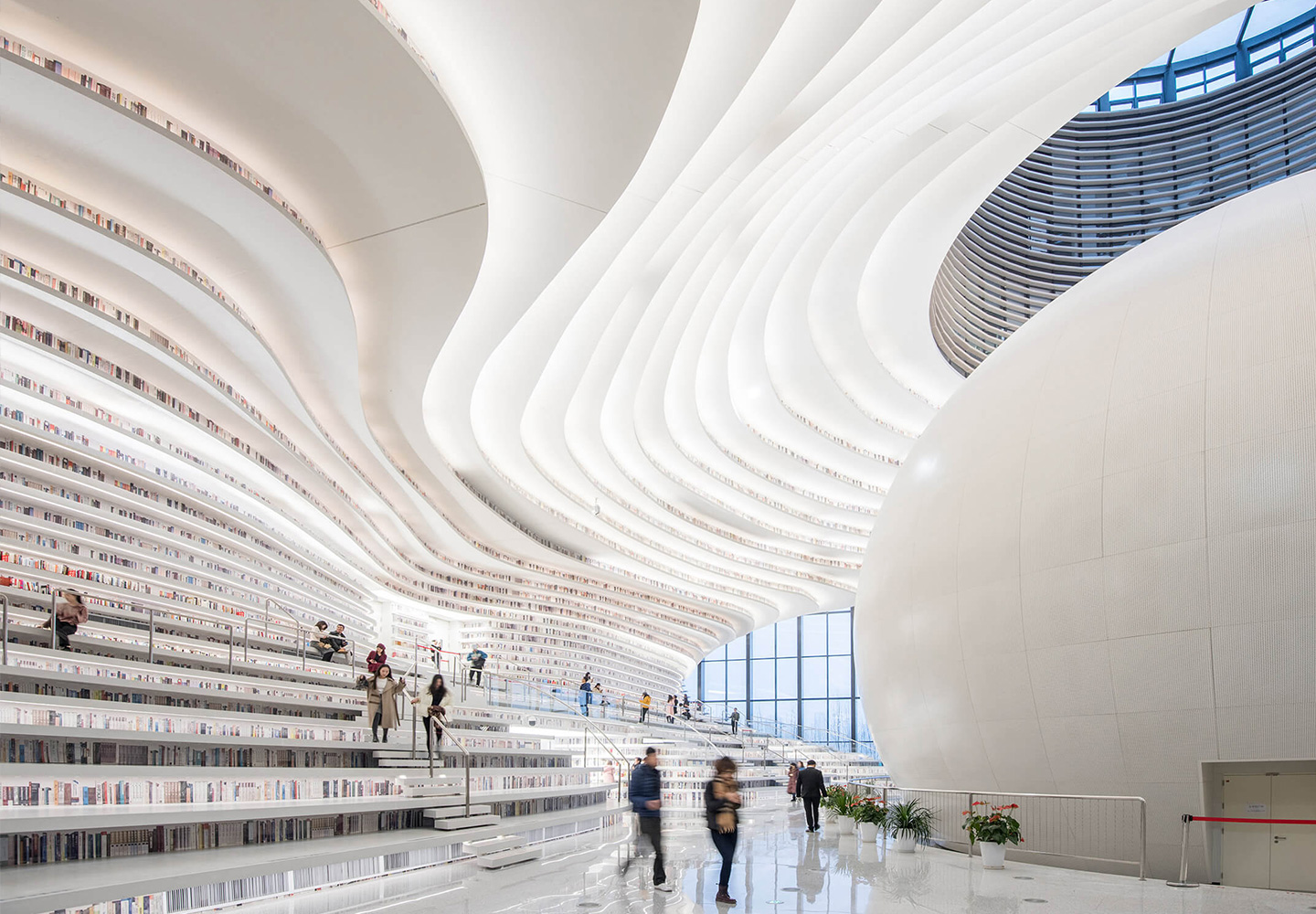 We’re in the midst of a spectacular library renaissance, and architects and experiential graphic designers have an important role to play.

We’re a bookish bunch here at BrandCulture. Not only do we have a beautiful library of books in our studio, but we’ve also created experiential graphics for several award-winning libraries in Sydney.

So, it’s exciting to see a revival of libraries – and bookshops – around the world. Not so long ago, some people speculated that libraries wouldn’t survive in a digital world. They were wrong: the world needs quiet, welcoming sanctuaries now more than ever! In a world of deadlines and unpredictable chaos, there is something so calming about the tranquil nooks of a library.

Of course, modern libraries are nothing like the libraries of yesteryear. They are also technology hubs and community spaces with a program of talks, immersive activities and events. They combine quiet areas with cafés, auditoriums, playgrounds, lawns and lively outdoor spaces.

According to a 2016 survey by Pew Research Center, millennials are using libraries more than any other generation. Before COVID hit, there were 34 million visits to NSW public libraries in 2018-19 – up from 27 million in 1999-2000.

Over the years, BrandCulture has contributed to some of Sydney’s best loved libraries. Most recently, we extended UTS Central’s new wayfinding system to the UTS Blake Library and UTS Reading Room, which won the ‘Academic Libraries’ category at the 2021 Australian Library Design Awards. The university’s librarian, Michael Gonzalez, said the award “validates the investment the University has made into putting the Library at the core of the campus experience”.

UTS Central is designed by FJMT with original podium design by Lacoste+Stevenson. It was our job to honour the integrity of architectural features through wayfinding, and extend the wayfinding system to the new UTS Library and Reading Room – a fascinating exercise in information design.

When Oran Park Library opened in 2018, we designed graphics to celebrate its location on the site of the former Oran Park Raceway. Working with architects Brewster Hjorth, there are tributes to Oran Park’s racing heritage at every turn. Wall graphics feature racing stripes and a slanting, speeding typeface; super graphics represent all the different kinds of races that took place at Oran Park. Even the directories mimic the curves of Oran Park’s infamous circuit, cornering the walls.

We also worked with Burwood Library to design a modern library environment that’s ideal for contemplation, discovery and learning, and partnered with the State Library of NSW (SLNSW) prior to its transformation by Hassell. We contributed ideas that would shape the Library’s future and enhance the user experience through a wayfinding masterplan.

So, what have we learned? We’ve learned that bringing people back into physical spaces in the digital age often starts with diversifying. Many people don’t visit libraries for solitude – they actually crave human connection. This means offering a mix of quiet, contemplative spaces along with more immersive, social, contemporary spaces.

As the line between our physical and digital worlds blur, libraries are also becoming high-tech hubs where people can engage with technology. Libraries of the future will feel more like a Silicon Valley startup, which contain subtle nods to their history. Designers will play an important role in commemorating stories of the past for future generations through experiential graphics – just as we did at Oran Park Library.

What hasn’t changed is that “today’s institutions are designed to inspire” as architectural centrepieces that provide a sense of community. We’re excited that architects and experiential graphic designers are playing an important role in transforming libraries from dusty, musty places into welcoming civic hubs, pushing the boundaries of library design conventions.

If you are interested in learning more about our approach to creating much-loved libraries, we’d love to chat: hello@brandculture.com.au 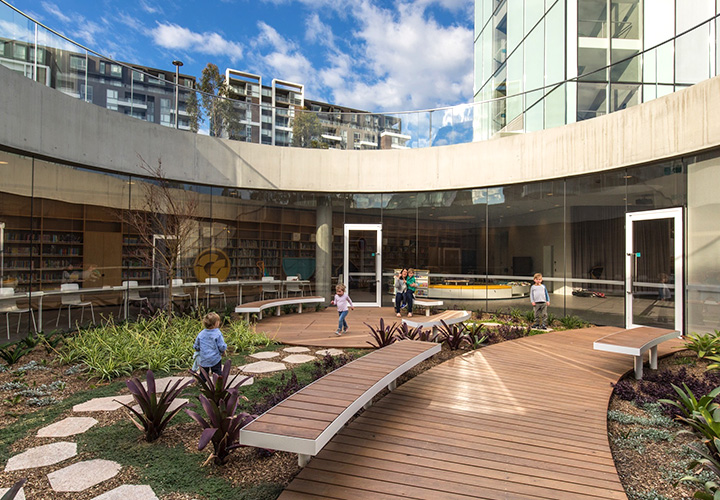 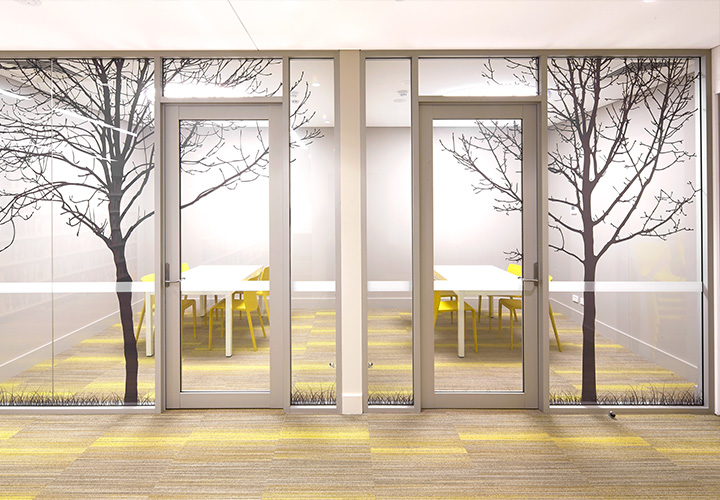 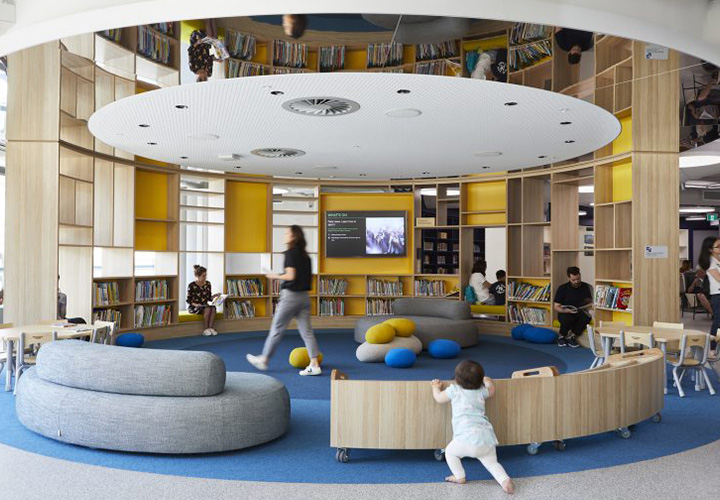 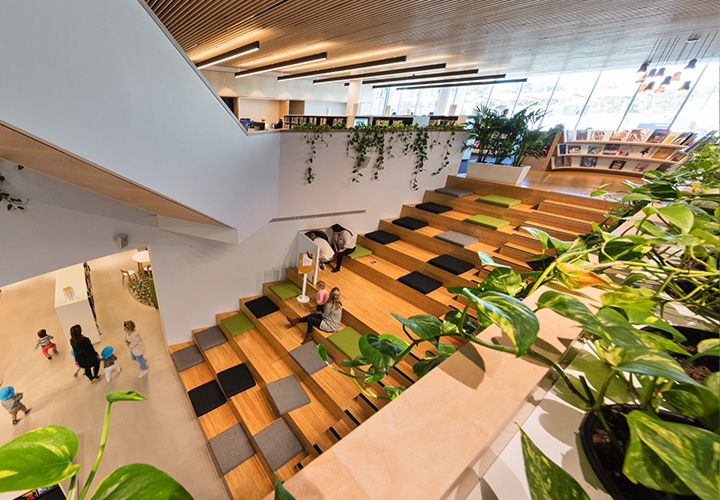 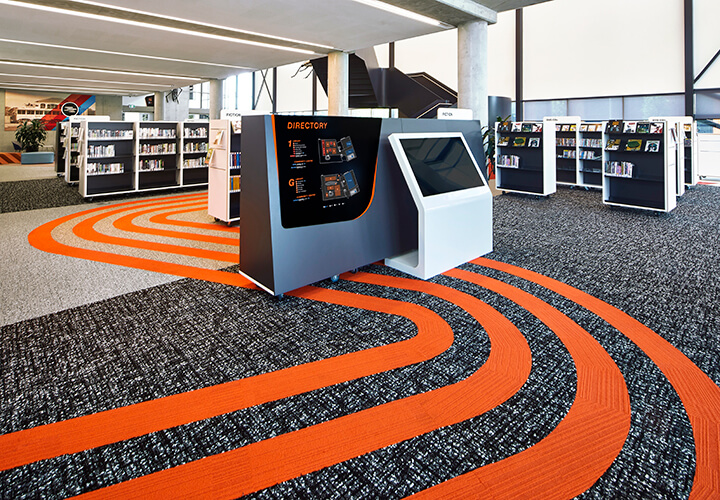 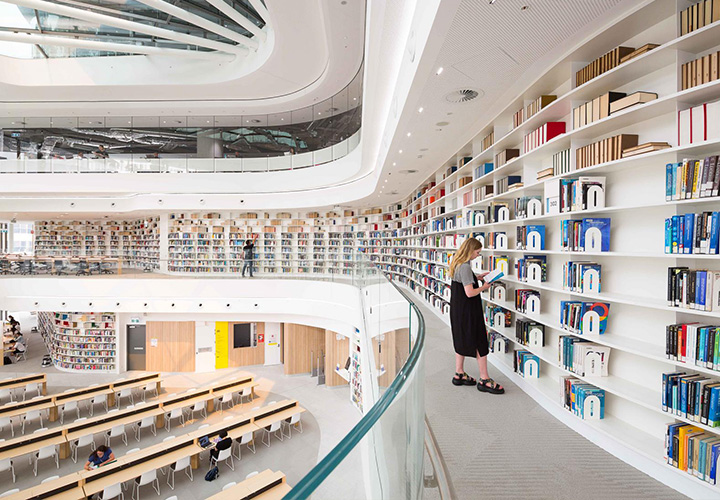