The power of swarm intelligence: “It’s like having 1,000 eyes” 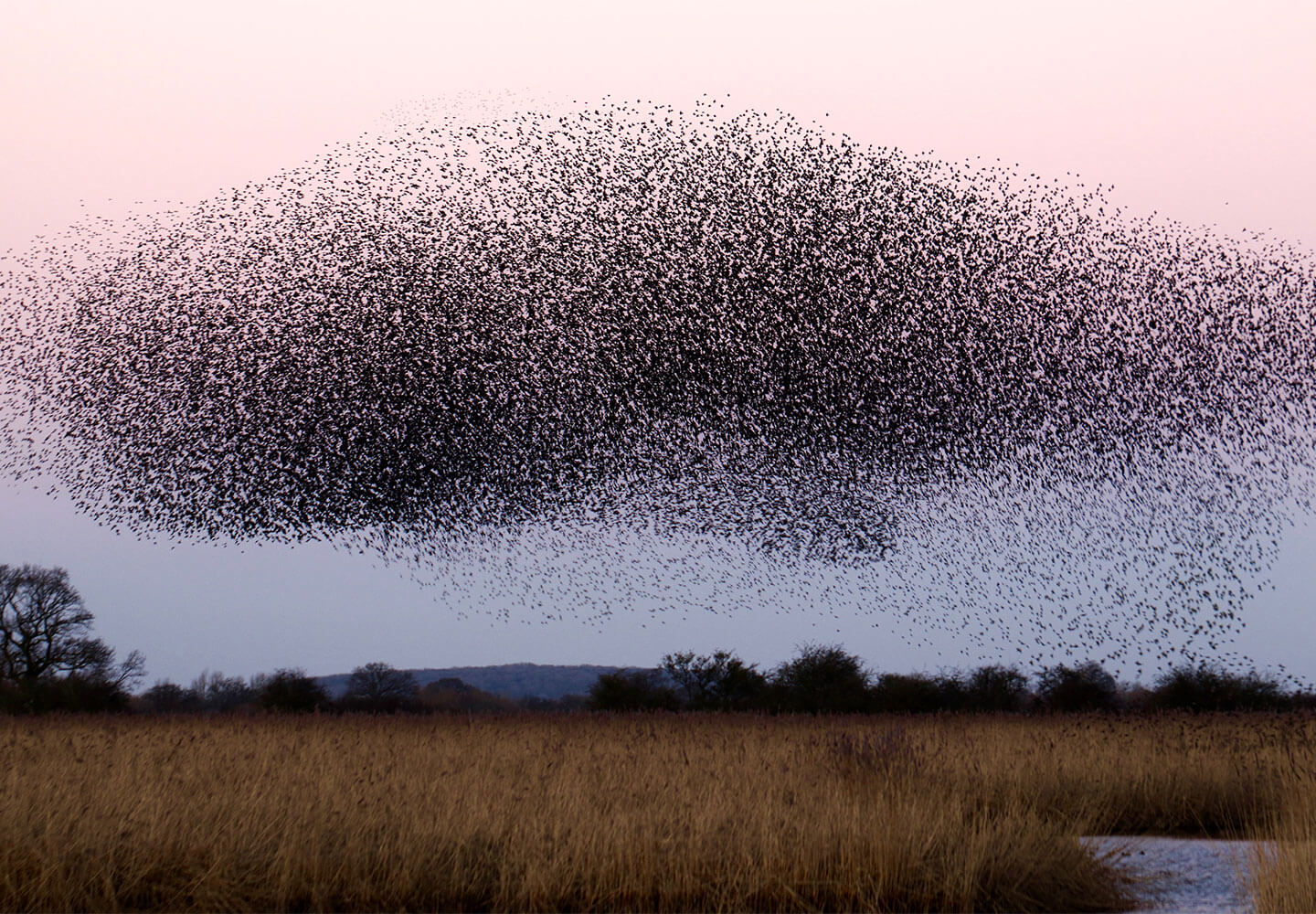 ‘Swarms’ are experts in navigation and communication – which are at the core of BrandCulture’s practice. So, what can we learn from observing them?

How do swarms communicate? What propels a flock of birds to assemble, disperse and come together as one? How does a school of fish communicate, and navigate?

Swarm intelligence is a term that describes the behaviour exhibited by flocks of birds and schools of fish when they move together in perfect unison. Individually, they’re performing relatively simple tasks. Together, their intelligence is amplified by thinking together in systems.

It’s a phenomenon that can be observed in colonies of ants or termites, schools of fish, flocks of birds, and herds of animals. Some human behaviours also qualify as swarms: what triggers a crowd of people to stampede or riot, for example?

Swarms can be natural, or artificial. Having studied natural swarms, scientists and engineers are now applying swarm intelligence to artificial intelligence and robotics, drone light shows, charging batteries for EV cars, and lots of other clever things.

Lately, we’ve been learning a little about ‘swarm intelligence’ and the benefits it can bring to the wayfinding and navigation discipline from both the social sciences and a technological standpoint. We apply behavioural analysis to make sure that our strategies and solutions positively serve individuals and user groups in all scenarios. This includes strategies for preventing a stampede and ensuring effective emergency responses.

It’s remarkable to think that ants build the equivalent of highways to and from their foraging sites, or that huge swarms of ants – sometimes as many as 200,000 at once – can work in unison to hunt.

Collectively, these swarms of ’social’ creatures are experts in navigation and communication – which are at the core of BrandCulture’s practice. Their ‘social behaviour’ helps individual members of a species to adapt and survive. As a group, they are armed with more information than their own senses can gather. Think of a school of fish keeping watch for a shark: “It is like having a thousand eyes”.

Just as social insects interact directly with each other and indirectly through their environment, in our wayfinding strategies, we consider every person’s ability to interact and communicate with each other, encouraging social engagement as a means of finding their way and of gathering information. Indirectly, we allow people to read and take cues from the environment – this is where the wayfinding strategy is integral to the design of the built environment.

There’s something about the idea of individuals being stronger together – greater than the sum of their parts – that we love. Just imagine what we could achieve if each person’s partial knowledge could combine to create a more powerful body of facts and strategies. Perhaps, propelled by an invisible intelligence and the power of indirect communication, we could achieve so much more.

If you’d like to learn more about our approach to wayfinding strategy and moving large crowds safely, send a note to hello@brandculture.com.au