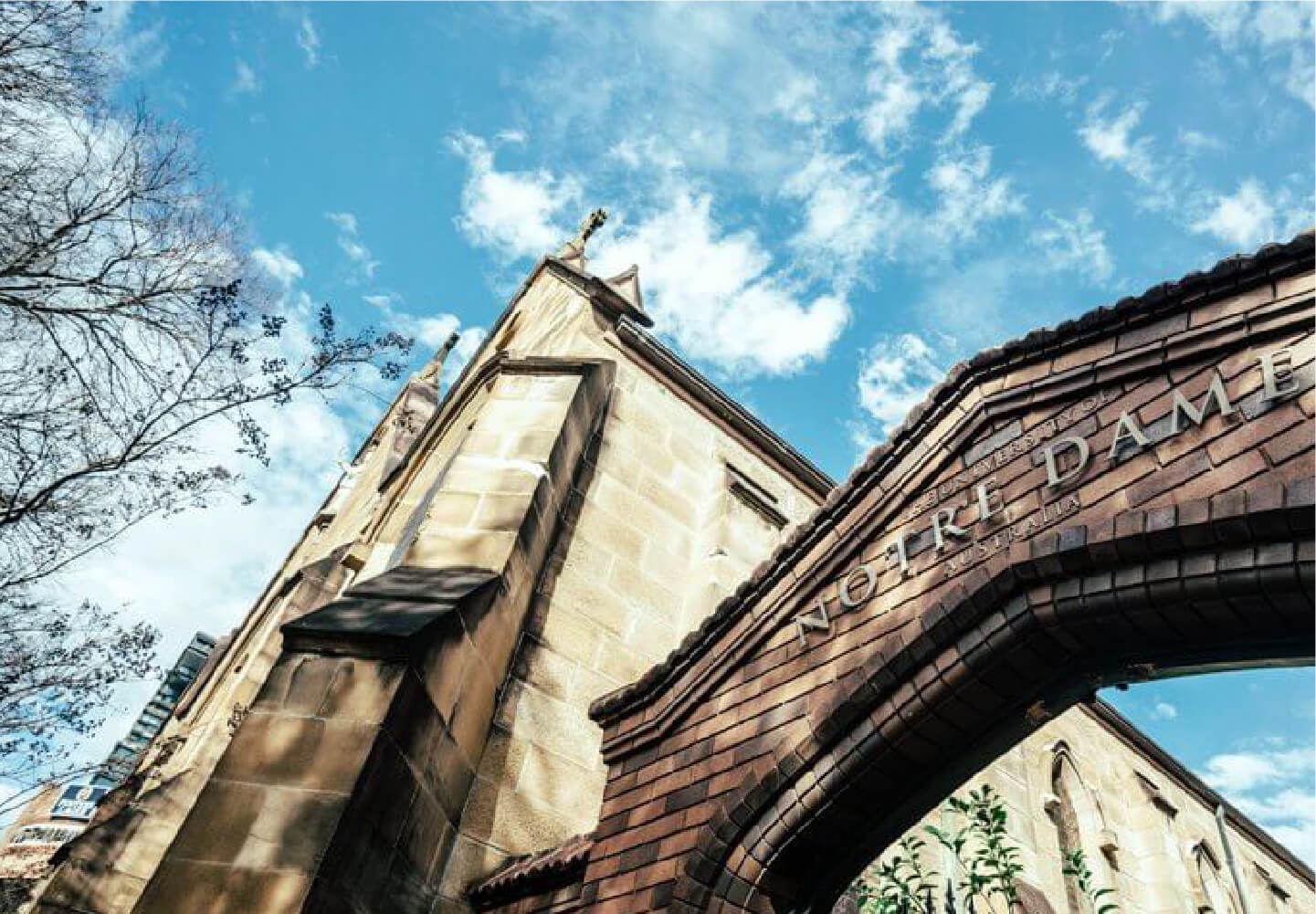 BrandCulture is devising a distinctive wayfinding strategy, which will deliver a consistent cross-campus brand presence for The University of Notre Dame Australia.

Over the past few months, we’ve been working with Notre Dame to devise a strategy for a consistent brand presence across all four campuses.

Strategically, it’s an exciting project because it stretches from coast to coast. Notre Dame’s campuses extend across the country from Fremantle in Western Australia to the North-West town of Broome and across the continent to the heart of Sydney, with two campuses in Broadway and Darlinghurst.

Nestled within vibrant neighbourhoods, each campus presents its own unique wayfinding challenges. At street level, the university’s brand presence is often relatively modest. So, we’re working on an elegant, sophisticated solution that will help Notre Dame stand out.

Audits, interviews and a trip to beautiful Fremantle

We embarked a trip to the City of Fremantle earlier this year, which we absolutely loved. Much of the university’s campus is housed in repurposed old warehouse and commercial buildings – beautiful spaces that might otherwise have fallen into disrepair. The University of Notre Dame opened its doors after purchasing and restoring them, opening its doors in 1989. Today, it has over 12,000 enrolments nationally.

A series of audits and many hours of user interviews in Fremantle and Sydney revealed unique challenges in both cities. Our goal is to deliver a ‘destination hierarchy’ of signage and maps, along with a modular system that is easily updatable and distinctly recognisable.

Our wayfinding concepts are now in the early stages of implementation. Watch this space!