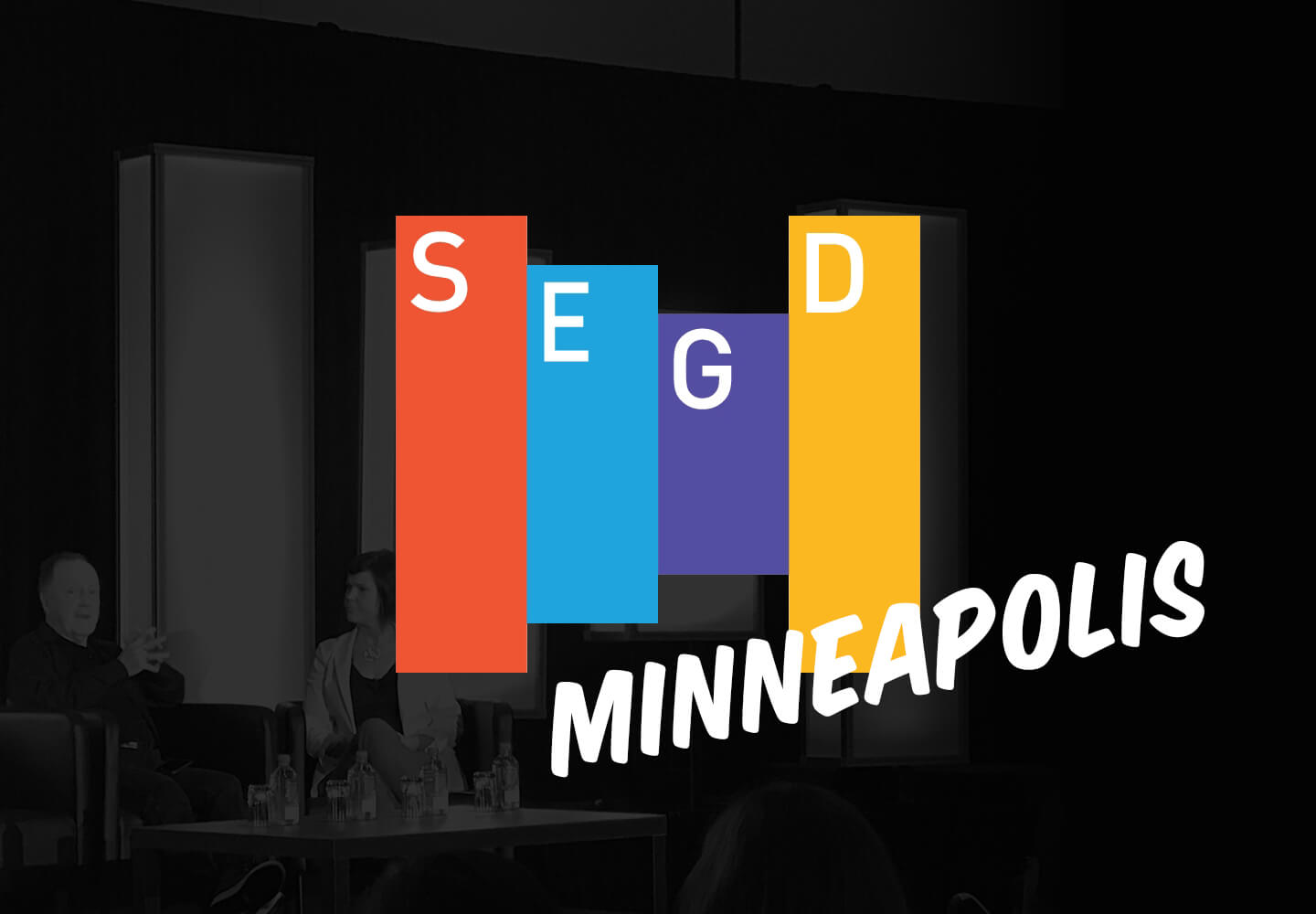 First came the Super Bowl, now Minneapolis is preparing to host its second major event of the year – the annual SEGD Conference.

Next week, Stephen Minning is attending the SEGD Annual Conference in Minneapolis along with Steve Plummer, Product Manager at PAM Wayfinding. It’s the only annual conference created specifically for the experiential graphic design community, and we think it’s one of the most rewarding design events globally.

Stephen has been on the board of SEGD for five years, and he’s a huge supporter of its commitment to raising awareness of how experiential designers empower better human experiences while supporting industry best practice. Steve will be representing PAM, which is a Platinum sponsor of SEGD, and a regular BrandCulture collaborator.

Together, they’ll learn how designers in Minneapolis are helping the city solve unique design challenges while experiencing a phenomenon called “Minnesota Nice” (apparently, you won’t find friendlier people in the U.S.!)

* The SEGD Annual Conference runs from 7th – 9th June, culminating in the 2018 SEGD Global Design Awards next Saturday night. It’s not too late to register for tickets here