Sydney Writers Festival: Designing our way to a better future 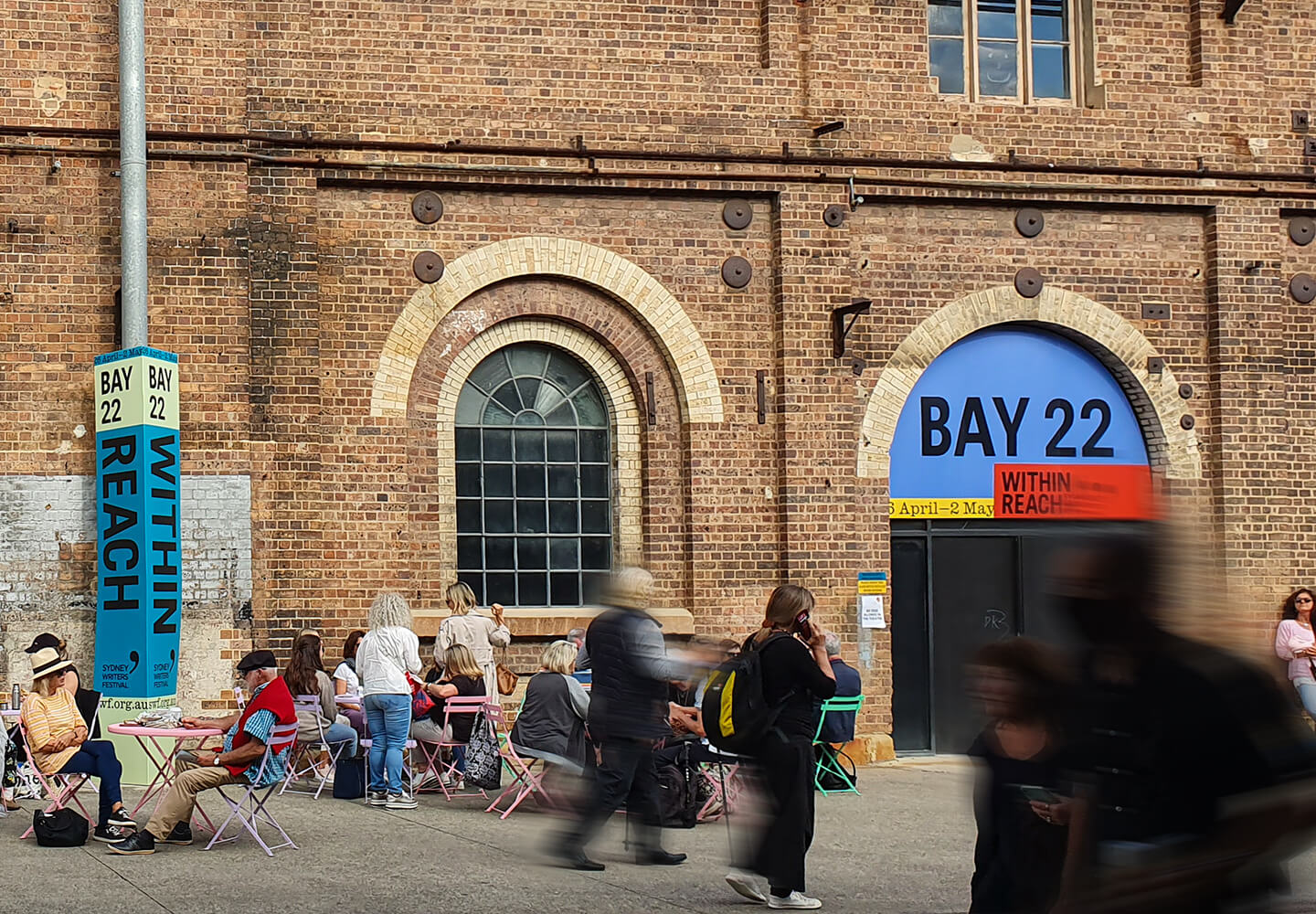 The ‘Future Cities’ talk at Sydney Writers Festival brought together three fascinating perspectives on how we can design our way to a better future.

It was so nice to see Sydney Writer’s Festival return in-person at Carriageworks in Redfern, where we attended a talk called ‘Future Cities’ on 30 April. Featuring Jess Scully, Fiona Murphy, and Alison Page, each panelist offered a unique perspective on thinking about place.

First up, Alison Page, a Walbanga and Wadi Wadi woman, explained that the original name for Bennelong Point means ‘the place where the knowledge water meets,’ which is such an evocative name. There’s a growing movement to understand the original stories of Aboriginal Australians and embed them into places through language, art and design. “If you don’t know the stories of this land, you’ll never truly belong,” said Page, an award-winning designer and film producer.

Next, Deputy Lord Mayor of Sydney Jess Scully called for an active citizenship: we need to start demanding new models of development and ownership from the powers that be, such as co-ops and community trusts. She believes positive changes are afoot, they’re just happening “at the edges and in the cracks” of cities.

“I’m sick of the future city being a ‘smart city’ – a place that’s full of sensors and data. What we want is a human city that’s good at making connections,” said Scully, which is a sentiment that resonates with us here at BrandCulture. We love experimenting with digital technology, but always with the goal of driving human connections.

Finally, Fiona Murphy explained her experience of built environments as someone who is deaf. As a poet, author and essayist, she experiences sound in a very different way to those who can hear fully and believes noisy environments can be extremely intimidating, uncomfortable or unsafe for many Australians – especially given one in six of us have some form of hearing loss.

We loved the idea of seeing buildings as artifacts, which can be embedded with story in the same way that Aboriginal people already see landscape as intertwined with story. We also look forward to seeing and designing more dual street/place names, which honour Aboriginal language and stories.

“There is an invitation for everyone to engage in traditional knowledge. When you belong to Country, you care for it like it’s a member of your own family. I’m learning about my culture as much as you are – let’s go on that journey together … We can show the world how to live properly,” said Page.

We also learned that economies of scale have led to a one-size-fits-all approach to designing for accessibility. “There are so many biases built into economies of scale. What does it mean to have an ‘average’ or normal body? It’s so reductive,” said Murphy, calling for an end to standardization and a rethinking of what it means to design for everybody.

Each panelist was optimistic as to what the future holds for Australian cities. There are lots of changes at play, such as a planning framework released by the Government Architect NSW in late 2020, which calls on architects, developers and government agencies to commit to prioritizing and protecting Indigenous connection to Country.

Hopefully, over the next few years, we’ll begin to see design innovations spread from “the edges and the cracks” to the heart of cities. 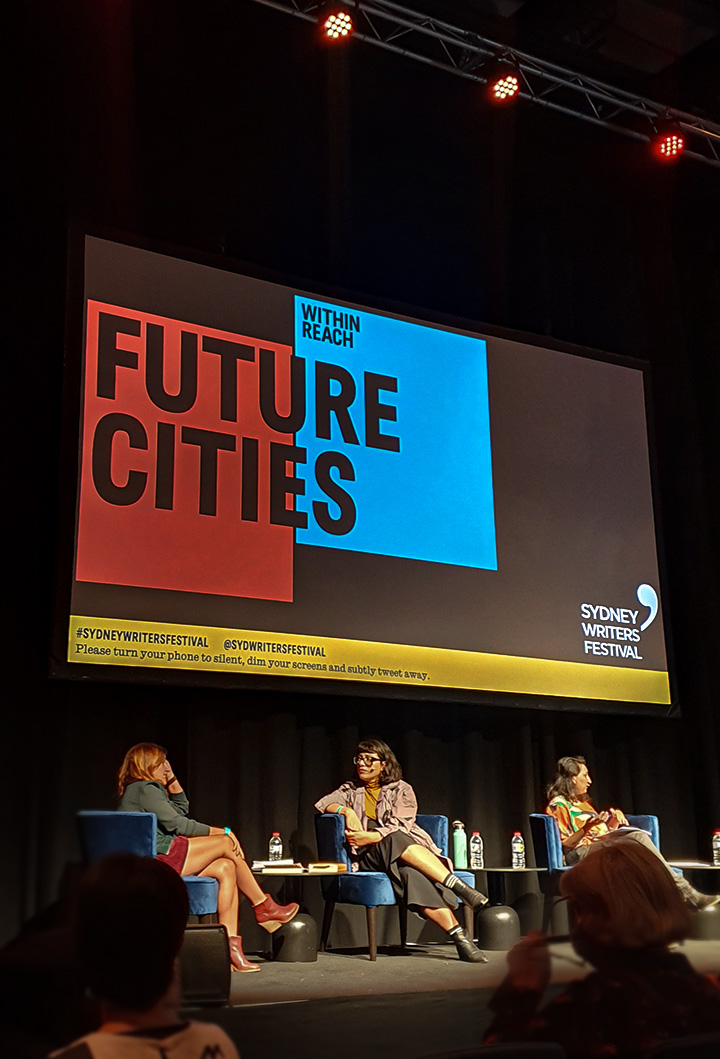 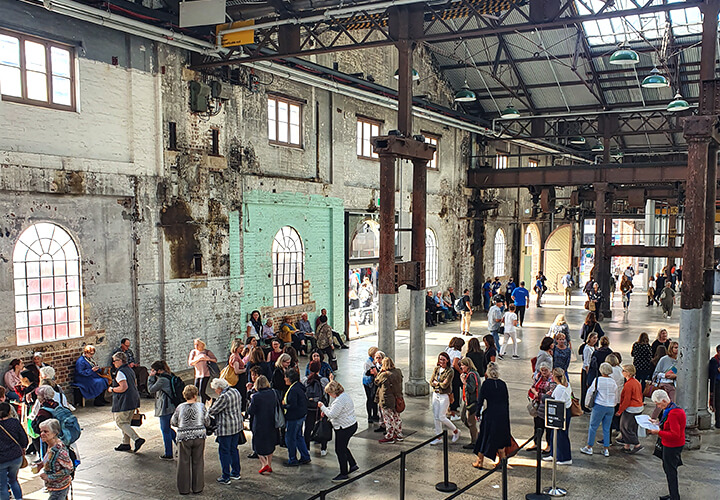 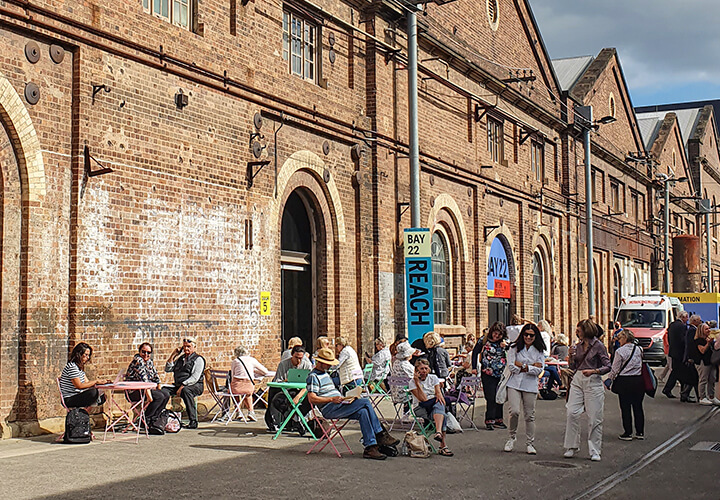 You might also like
11 Feb 2021
Events
Inside the multi-sensory world of Van Gogh Alive
12 Aug 2020
Events
AGDA NSW: How To Run A Damn Good Brand Project
18 May 2020
Events
Can hospital wayfinding keep people safe from future pandemics?