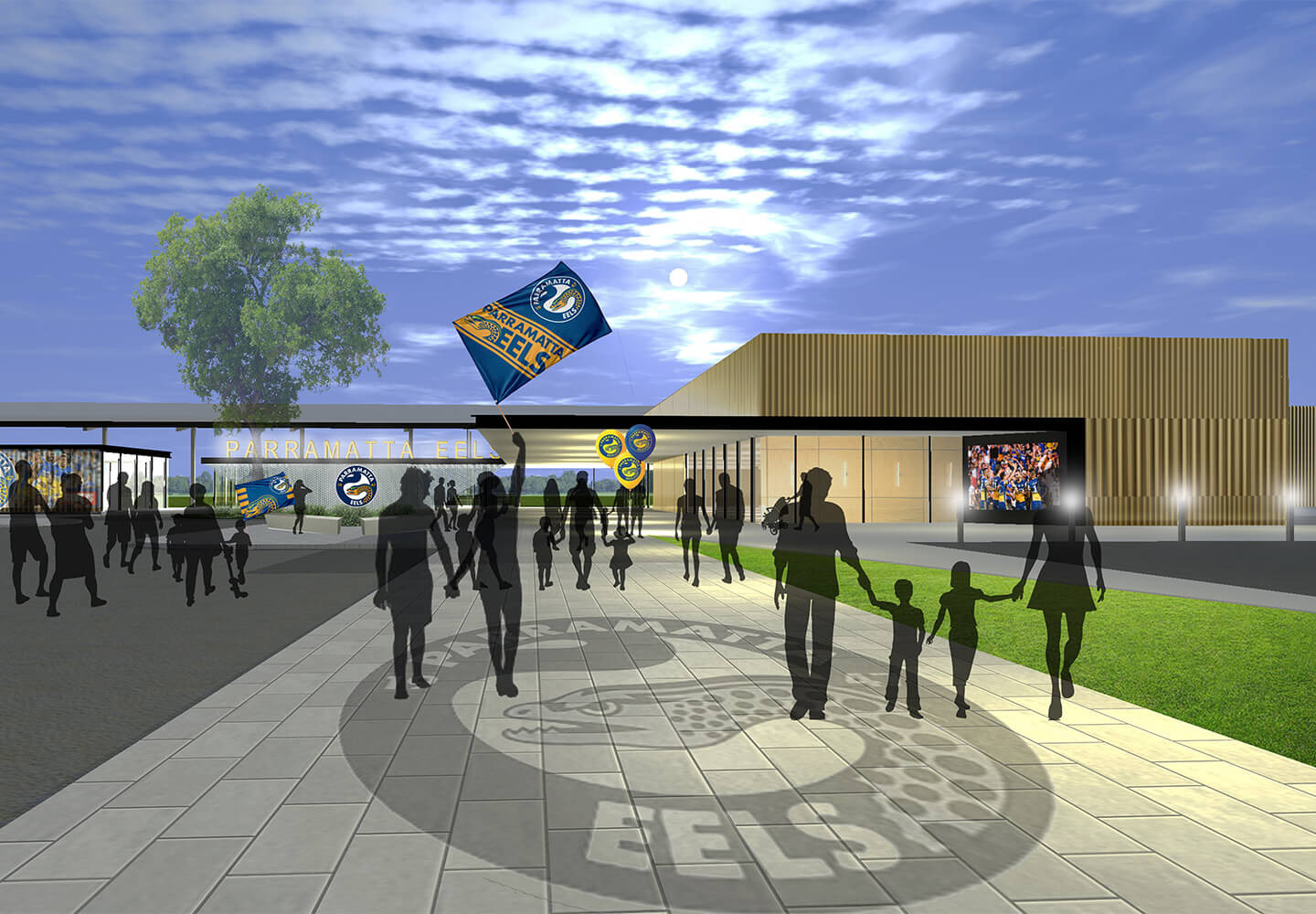 We are delighted to be partnering with HB Arch as wayfinding designers for the Parramatta Eels’ Rugby League Centre of Excellence and Community Hub.

We are proud to confirm our appointment as wayfinding designers for the new Rugby League Centre of Excellence and Community Hub in Kellyville Park in Sydney’s North-west. We look forward to working closely with HB Arch – an architectural firm that specialises in sport, high performance and community facility design – as the Architect and Lead Consultant.

Developed by the Parramatta Eels and the Hills Shire Council, the aim is to create the best rugby league facility in the country that will cater for NRL and NRLW, Elite junior pathways and grassroots rugby league within one specialised venue.

The project scope includes the provision of a new Centre of Excellence for the Eels that will deliver world-class training, coaching and administrative office facilities for the club combined with extensive Community Facilities and boutique match venues for use by grassroots clubs and organisations in promoting all forms of Rugby League including Touch Football and League Tag.

The five full-size international level playing fields and associated Community centre and match venue will not only be used by local junior rugby league clubs, but also facilitate the growth and success of the Eels Elite Pathway programs and the ‘Eels in the Community’ programs. These community programs will see Rugby League used to harness the Game’s popularity in making a difference in people’s lives through and beyond sport across Western Sydney.

In a development model that provides the best functional and technical outcomes for both the Parramatta Eels Centre of Excellence and Community Facilities, the objective is to have a strong connection between Club and Community, to the ultimate benefit of Rugby League as a leading National sport.

The role of wayfinding at club and community sports precincts

We love designing wayfinding systems for Club and Community sports precincts because they are evolving into such agile, multi-faceted environments. Sport is obviously a huge part of our national psyche in Australia, which is why it’s great to see rising investment in suburban sports precincts in fast-growing areas.

The new Parramatta Eels Rugby League Centre of Excellence and Community Hub is one of several club and community sports precincts we are excited to be involved in here in Australia and around the world – we hope to share more details about these projects soon.