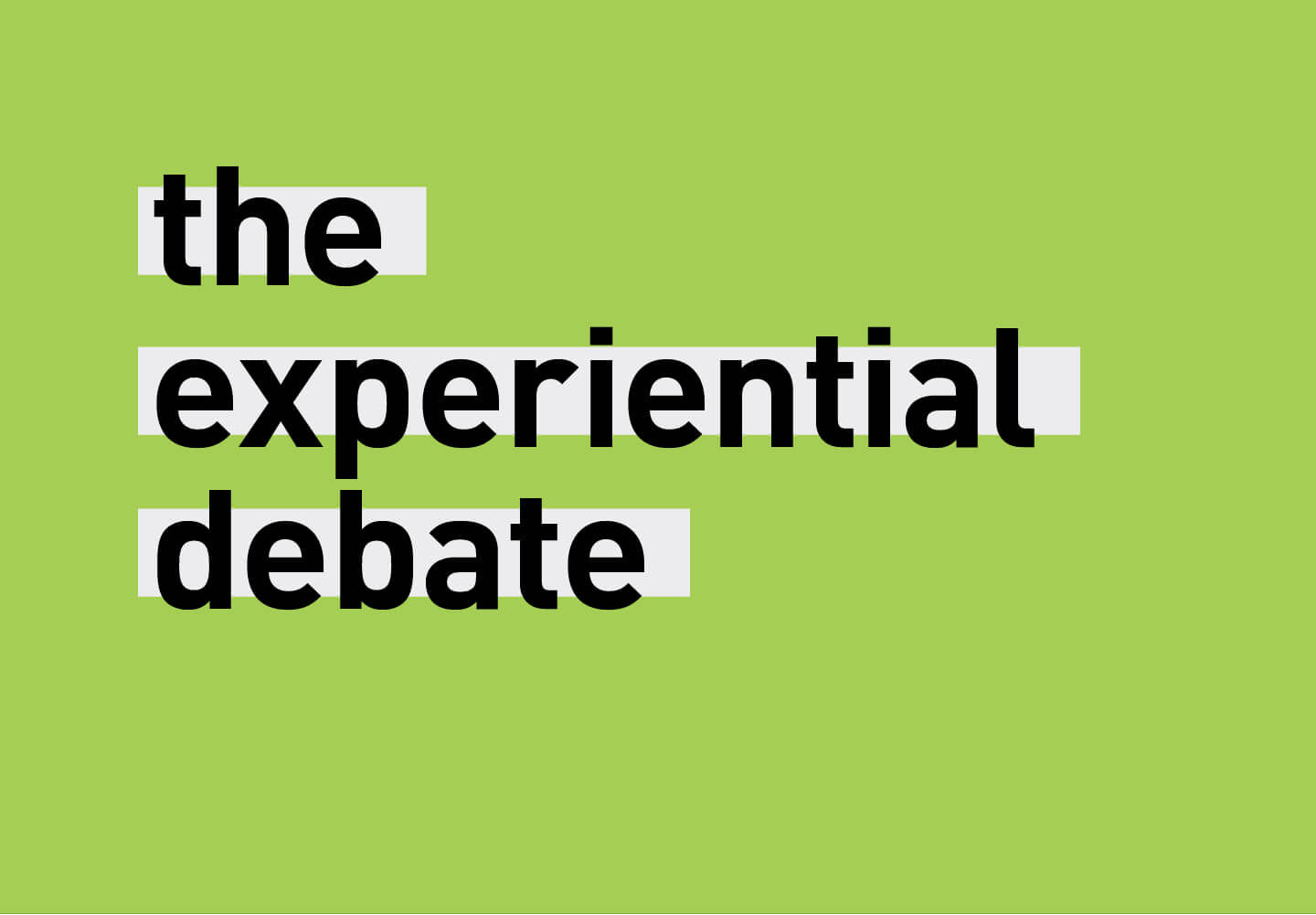 To make matters more confusing, lots of people have embraced the ‘experiential design’ label. There’s a new breed of experiential marketing and UX agencies, plus a deluge of job titles like ‘customer experience designers’.

Meanwhile, lots of studios – including ours – are still using ‘environmental’ and ‘experiential’ design interchangeably. What’s going on?

The origins of ‘Environmental Graphic Design’

In the early ’70s, a group of designers formed the Society for Environmental Graphic Design (SEGD). They wanted to raise awareness of a field of design that embraces several disciplines (graphic, architectural, interior, landscape and industrial design) to tell stories through the built environment.

The rise of ‘Experiential Design’

In 2013, SEGD rebranded as the Society for Experiential Graphic Design. The goal was to stop this branch of design from being confused with the environmental movement, while carving out a niche as designers who create experiences that connect people to place.

According to SEGD: “‘Experiential design’ more accurately describes the work that our members have been doing already for the past 15-20 years, which involves more than just the core signage and wayfinding disciplines.”

Some people claim that experiential graphic design (EGD) simply brings together other design disciplines under one umbrella. Therefore, it isn’t a discipline in its own right. Others remain loyal to the term ‘environmental graphic design’. They point out that people have been designing ‘experiences’ for millennia – far longer than the EGD profession has existed. As such, they dismiss the word ‘experiential’ as a fad.

At BrandCulture, however, we’re confident that experiential graphic designers really do bring specialist skills to the table. We are experts in spatial problem solving and information design. We understand how people make decisions in built environments. We can analyse traffic patterns and flow. We bring an understanding of both the macro (architectural) and micro (finite details and industrial design) to every brief.

These are skills that most other design disciplines simply don’t have under one roof.

We still use the term ‘environmental design’. But today, we are proud to define ourselves as an experiential design studio. For us, it means tapping into our core design disciplines to deepen brand engagement across physical spaces. As specialists in connecting people to place, we’re part of a movement that’s raising awareness of the value of experiential design around the world.