Behind the rise of agile precincts and flexible campuses 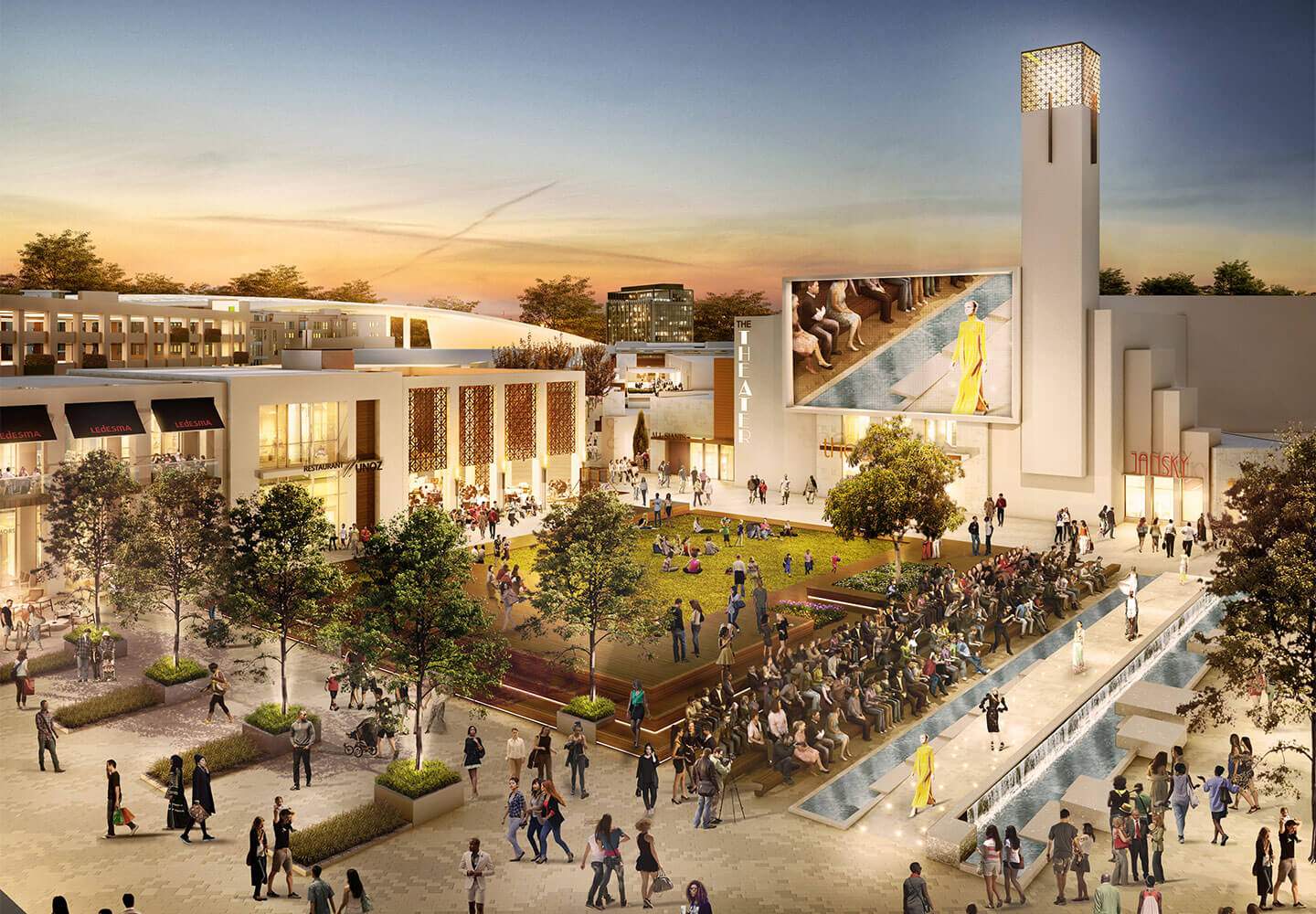 An agile precinct is a new type of multi-purpose built environment that transforms from one purpose to another quickly, efficiently and holistically.

BrandCulture creates wayfinding strategies for some of Australia’s biggest campuses, so the rise of ‘agile precincts’ is a trend we’re watching with interest.

Agile precincts will set a new benchmark for adaptability. Think vast, complex sites that can be repurposed within minutes, not days or months, using a network of digital signs and messages that update instantly.

What’s behind the rise of agile precincts?

We recently stumbled upon an interesting article by PAM’s David Dixon. He believes the rise of agile precincts is being driven in America by a huge spike in infrastructure investment. A decade ago, the Yankees Stadium and AT&T Stadium opened for around US$1.4 billion apiece. Compare that to the astronomical US$4.25 billion being invested in the new LA Stadium & Entertainment District, pictured above.

According to Dixon, “The greater spend on infrastructure is driving the need for a greater financial return to justify the investment. The owners of these environments are developing new revenue opportunities from the site – more events, functions and concerts.”

To deliver more events, functions, concerts and a greater financial return, the precinct needs to be agile.

The good news for wayfinding studios like ours is that navigation is going to play a huge role in the success of agile precincts. Wayfinding designers will become experts in designing digital wayfinding systems that support highly adaptive environments.

Making cities work for the people using them

In the future, wayfinding designers will become experts in creating an eco-system of connected customer touchpoints using software that manages and updates content across formats in real-time.

To make this technology work, we’ll need to involve the people who’ll be using it, so that cities work for people again.

We’re already seeing growing demand for flexible floor plates, and for workplaces and campuses that deliver unrestricted flexibility. This means we’ll soon see a rise in agile, ‘smart’ precincts in Australia, too – precincts made up of multi-use spaces, supported by a network of digital signage that updates in seconds to cater to new uses.

For wayfinding designers, it’s an exciting shift – and as a studio that regularly partners with smart city technology providers, we hope to lead the way.