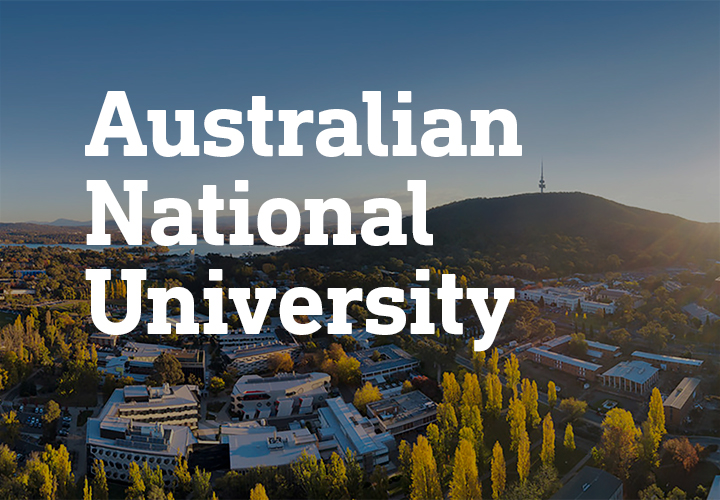 BrandCulture has been working with Australian National University to weave its campus into the city of Canberra through a campus-wide wayfinding strategy.

The Australian National University (ANU) has a wonderfully distinctive campus thanks to its close connections to our Capital and its wealth of natural and cultural attractions.

Incredibly, ANU’s Acton campus occupies around one-third of the city centre’s landmass. So, in 2019, Arup developed a new campus masterplan to strengthen the relationship between city and campus.

We have been working with ANU to develop a wayfinding strategy that honours the design principles of the ANU Acton Campus Master Plan. It’s been a complex, highly strategic process – and one that demonstrates how wayfinding can help to create magnetic campuses that are more suited to modern living and connected to the city.

The Australian National University Master Plan will guide the evolution of the campus over the next 20 years to create an unrivalled campus experience. It aims to deliver lively campus hubs, a coherent identity and brand, a positive pedestrian experience, streamlined parking and a stronger connection to Canberra city – goals that will now be supported through wayfinding.

Inspired by the Master Plan’s design principles, we undertook a discovery and research process to understand how audiences are served by existing wayfinding. The ANU campus has multiple entry points that were monitored to collect vehicular and pedestrian traffic data over two key periods. We used this data to identify friction points, redundant gateways, and congestion areas.

We expanded ANU’s existing signage, along with a signage suite designed by Büro North for the Kambri precinct, to create the ANU Signage & Wayfinding Standards, which have accessibility, community and campus safety at their heart.

We also collaborated with PAM Wayfinding to capture and design all user journeys. PAM’s content management system will ensure ANU’s signage can be easily adapted, creating a resilient campus that adapts to future updates of the Master Plan.

The future of university campuses

University campuses are evolving to become smart precincts as they play an important role in the life and culture of the cities where they’re located. The spaces within are also changing to become more flexible, inclusive and informal.

We love partnering with universities to enhance their connections to the people and places that surround them. At ANU, we were also inspired by BVN’s reincarnation of the Acton campus, which is “a precinct that feels like part of the city”, as intended by Walter Burley Griffin’s original Masterplan for Canberra, which dates back to 1912.

From user-centric navigation to map styling and opportunities for interpretive signage, this project shows how considered signage and UX design principles will help to create a more social, energized and interactive campus. With a dynamic content strategy implemented by PAM, ANU’s new wayfinding is designed to accommodate changes over time as the campus evolves, while elevating the university’s brand.

To discuss your next wayfinding masterplan and strategies to create magnetic campuses, call us on (02) 8252 7522 or hello@brandculture.com.au 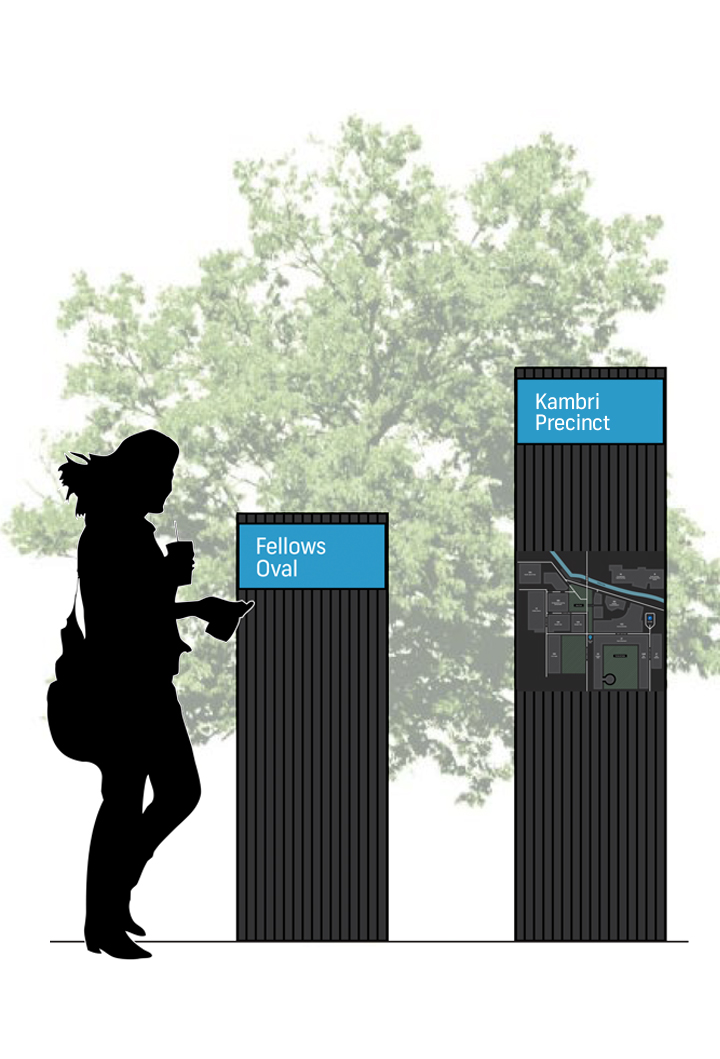 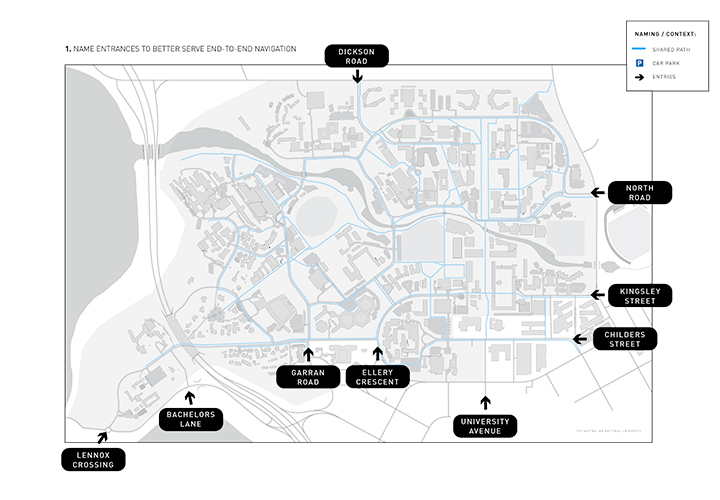 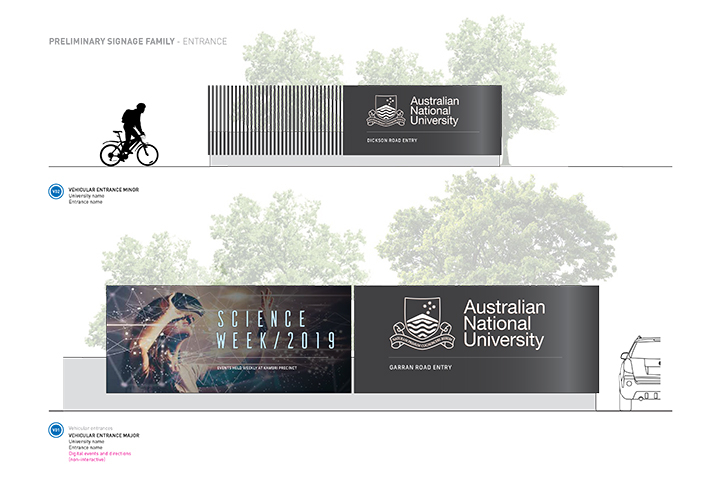