St Catherine’s claims its stake in the future 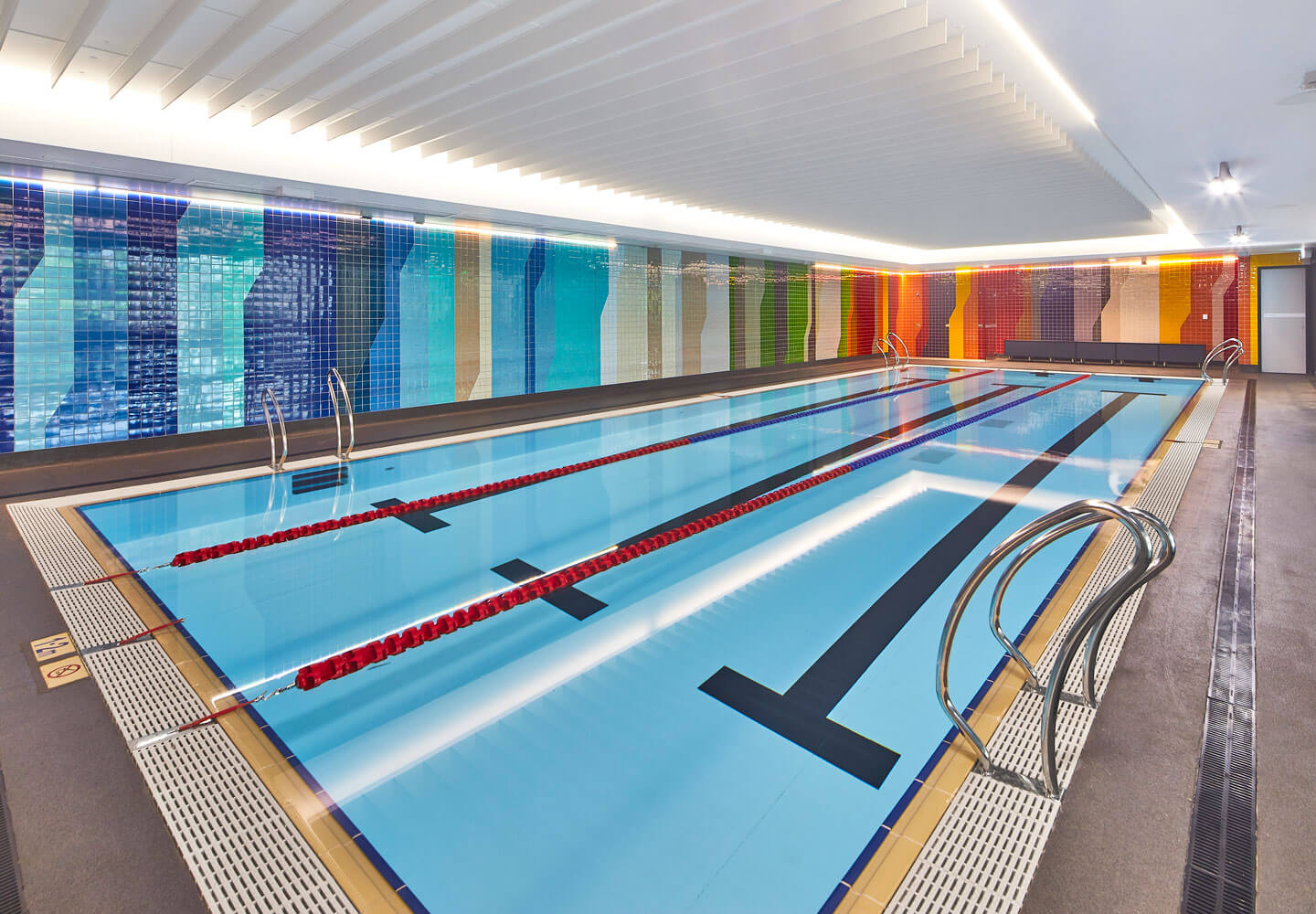 St Catherine’s Reinvigoration, a project that has been twelve years in the making. From the school’s donor wall to a beautiful tile graphic enlivening the school’s two new pools…and of course wayfinding – exciting new projects to talk about!

St Catherine’s was established in 1856 and is the oldest Anglican girls’ school in Australia. It has nearly 3,000 boarding and day students and enjoys a privileged position among Sydney’s most respected private schools. We were brought in to work with Sandrick Project
Directions on a major part of the school’s master plan intended to underline its status as a prestige Eastern Suburbs private school for staff, present and prospective parents and equip it for a glowing future for its students.

This first stage of the master plan was the construction of a seven story Research, Performing Arts and Aquatic Centre, which includes an international water polo sized pool, a learn-to-swim pool, a multipurpose hall and a 500- seat auditorium. Our first job within this
project was to design a donor wall, which would be used as a feature to honour those who had contributed to the Centre’s funding. Our concept was to underscore the many types of waves that would fill the Centre – music, dance, water, light and voices. Our design
harmonises with the architect’s timber feature wall opposite. We created a striking flow pattern to present the donor names using name tiles embedded into the wall’s striped template. When donors clustered around the wall to find their name and take photographs
of themselves in front of it at the Centre’s opening event, we knew we had achieved its aim.

Our design for the pool wall had to enliven an area with little natural light as well as being cost effective and timeless. Our idea was to reflect the position of the school and its connection with the local community, its colours running from the deep sea to the shallows
and the beach, then the park and the road behind it, the roofs and a sunset that connect back to the deep blue at the beginning. Following the success of our earlier work, we were asked to create new wayfinding and signage for the school. Our sophisticated aesthetic
provided modernity and underlined the school’s support of both culture and creative thinking.

This project was an absolute honour for us. It challenged us with its physical requirements, and it inspired us with its freedoms. We worked with clients who had a clear understanding of their aims and aspirations but were also receptive to original ideas and creative solutions. There is fascinating detail to come. Watch this space. 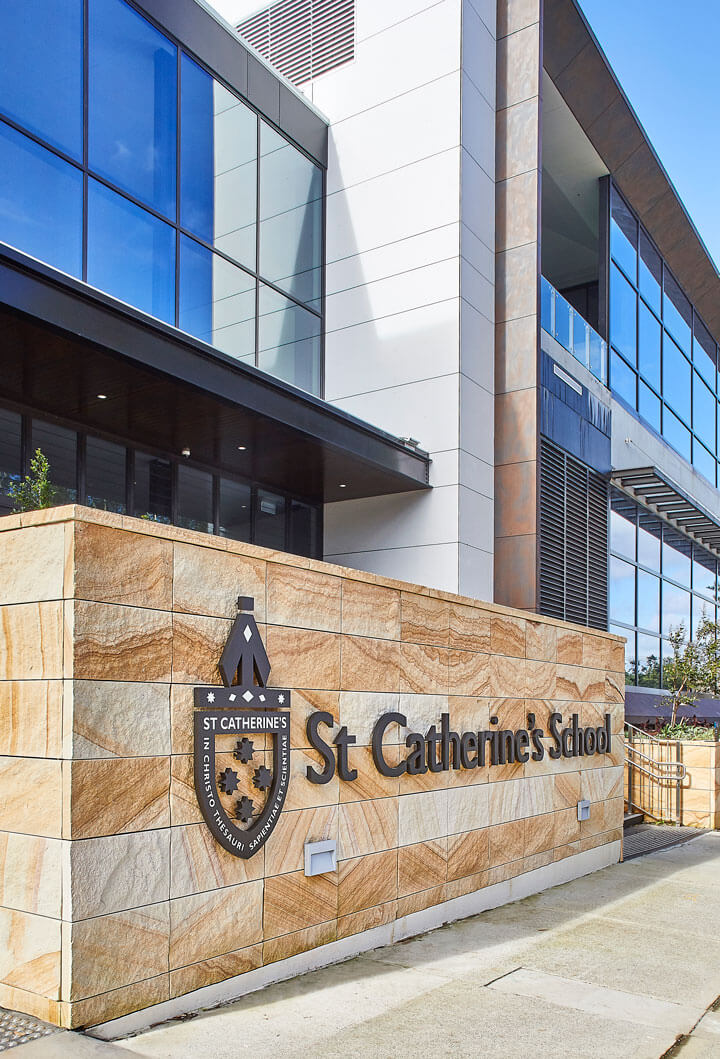 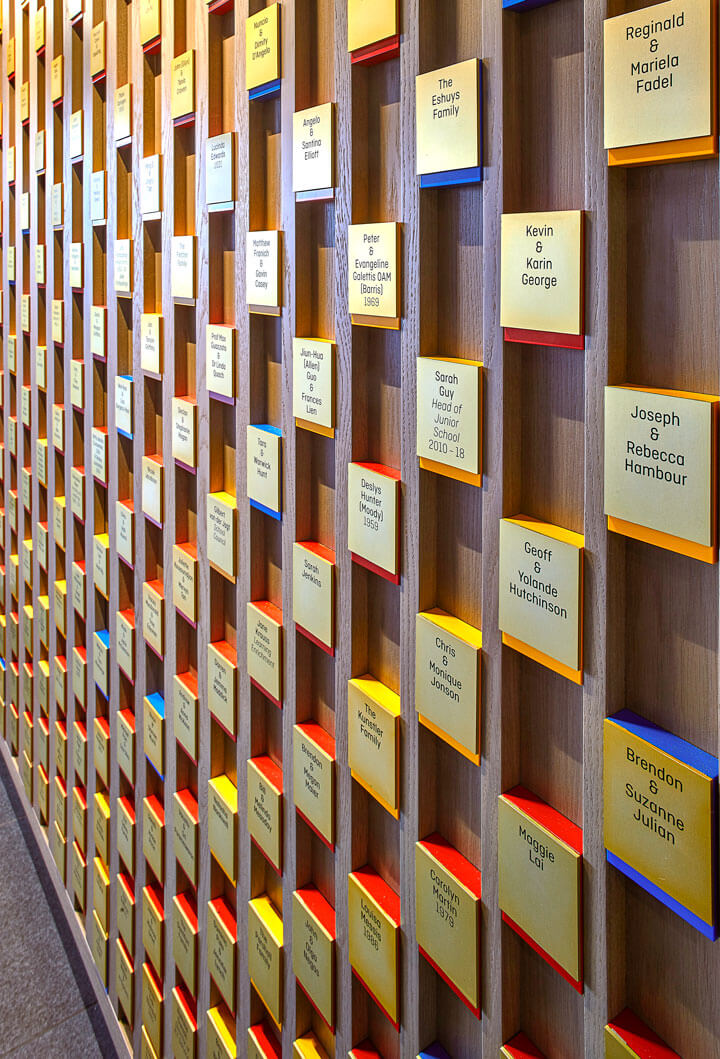 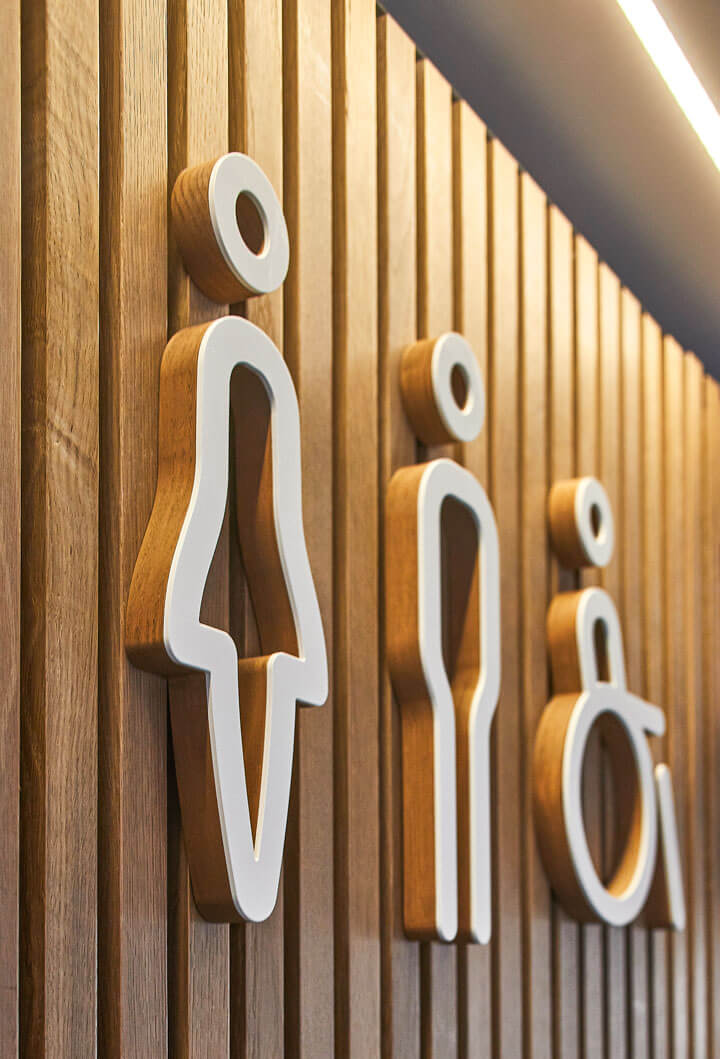 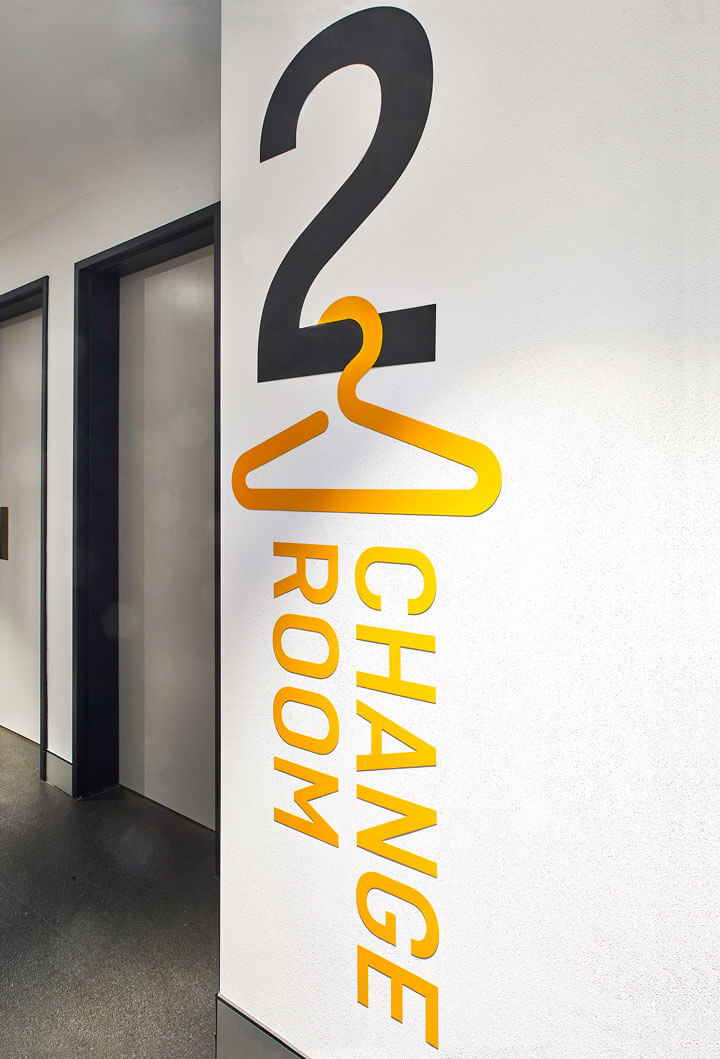