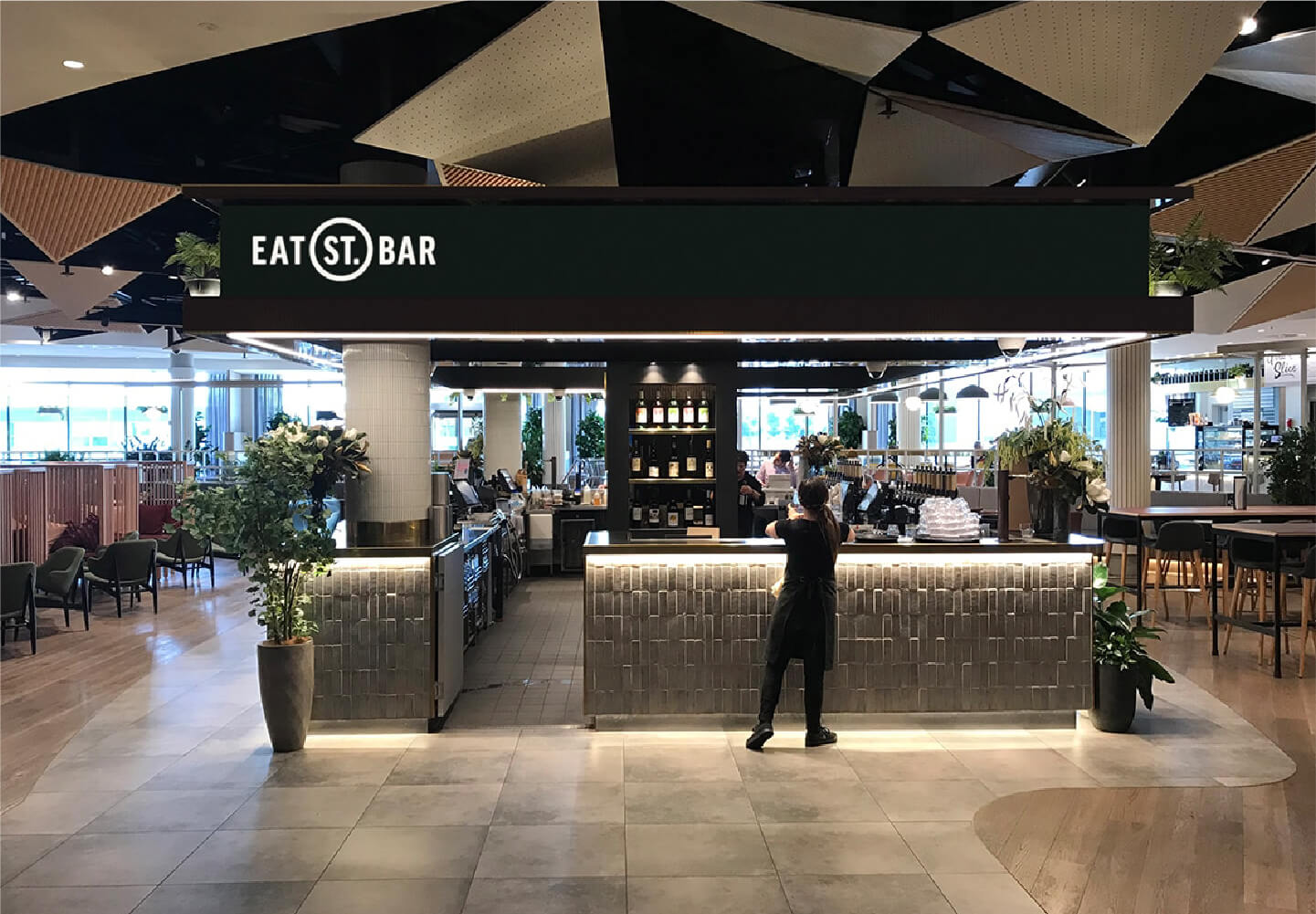 West HQ is part of the incredible revitalisation of Greater Western Sydney, and we’re honoured to be part of the design team as wayfinding designers.

Over the past year, West HQ has been undergoing an incredible transformation – including last month’s launch of its delicious foodie haven, featuring five brand new food offerings.

Eat St. is part of the amazing development currently underway at West HQ. It is designed by Altis, with branding by WK Studio, F&B interior design by Bluebyname, and wayfinding design by BrandCulture.

In partnership with WK Studio, our scope as wayfinding designers extends from Eat St. to many of West HQ’s entertainment, fitness, lifestyle and accommodation facilities and car parks – all located in the heart of Western Sydney. The West HQ destination includes the Sydney Coliseum Theatre (designed by Cox Architecture), West HQ Box Office, Sydney Gymnastic and Aquatic Centre, the Novotel Sydney West HQ, and much more.

Spanning more than eight hectares, West HQ is fast becoming a major landmark in Western Sydney. It’s one of several projects we’re involved within Western Sydney, which is one of the fastest-growing regions in Australia.

Greater Western Sydney has the third-largest economy in Australia and its population is growing at an extraordinary pace – from 1.9 million to 3 million people by 2036.

It’s exciting to see West HQ take shape, creating a new epicentre of culture and creativity for Sydney. There’s so much happening in this region – and we look forward to unveiling more of our work here very soon.